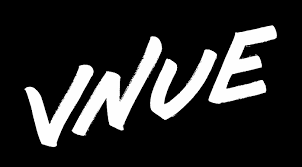 VNUE, Inc., the global leader in recording live events and releasing experiential content to fans, announced today the addition of music industry veteran Lou Mann to its executive team as Executive Vice President. Mann, a former Executive Vice President and General Manager of Capitol Records, as well as president of Media Properties for House of Blues (HOB), brings a wealth of knowledge and experience to VNUE.

VNUE provides audiences with high-quality recordings of artists’ performances and makes them instantly available to fans via its mobile app or traditional media such as CD sets or USB drives. With recording techniques that have been perfected over 13+ years, VNUE provides an end-to-end solution and ultimately allows fans to have keepsakes that they will treasure forever.

At VNUE, Mann will be a direct advisor to CEO Zach Bair and will be responsible for helping to procure content, signing new artists, increasing sales and distribution opportunities, and helping to shape the strategic vision of the company.

“Lou is the perfect addition to our team, as his broad vision of the future of the music business mirrors our own, and his experience in both the recorded music business as well as the live music business is invaluable to our model,” Bair said. “We’re very excited to have him on board and look forward to working with him on a day-to-day basis as we build out the company.”

“I’m thrilled to have the opportunity to work with such a forward-thinking company and the all-star team that VNUE has built,” Mann said. “VNUE’s technology is world class as it solves a major issue the industry is facing. VNUE will provide artists a new and innovative way to spread their music and get paid to do it. The music consumer wins as they get to ‘re-live’ the live experience immediately. This is the natural evolution of live music.”

During his time with House of Blues, where he reported directly to the CEO, Mann successfully introduced the HOB to the recorded music industry by developing a viable label and signing major artists. Through his management and leadership, HOB became the first company to do “360 deals,” generating revenue by owning a percentage of touring, merchandise, and recorded music revenue. He also oversaw HOB’s globally distributed media properties, including broadcasting initiatives, development, programming, and distribution.

At Capitol Records, Mann served as the company’s second-in-command while in the role of General Manager. He managed the day-to-day operations of the label, liaising with senior staff and department heads to maximize marketplace presence. He oversaw sales, marketing, promotion, publicity, video production, creative services, and new media teams, and assisted in creating pioneering online programs that dealt with music downloading and electronic distribution.

Throughout Mann’s extensive career, he also worked at MCA/Universal Records and Arista Records, focusing on marketing and distribution. He has worked with artists including Paul McCartney, Frank Sinatra, Bonnie Raitt, Foo Fighters, Radiohead, and Meredith Brooks as well as developing artists.

VNUE, Inc., (OTC: VNUE) is a music technology company dedicated to further monetizing the live music experience for artists, labels, writers, publishers, and stakeholders by leveraging automation technology in the instant live space, and by identifying issues such as lack of transparency with performance rights organizations and solving this through innovation and our patent-pending solutions. VNUE is the exclusive licensor of DiscLive, the pioneer in “instant live” recording. The VNUE team is a group of technology entrepreneurs, artists, and songwriters who are passionate about the future of the industry and ensuring that the value of rights-holders is not lost in the context of new technology. The VNUE team includes DiscLive president Zach Bair and has produced live content and created experiential products for such artists and companies as Peter Frampton, Bad Company, Devo, Blondie, Wind Up Records, EMI, and Capitol Records. By (a) selling only live content through our platforms, including not only major and independent label content, but also our own “instant” live exclusive content, (b) processing and paying mechanical royalties on instant live content, and (c) ensuring proper accounting and payment to rights holders of material played in venues, VNUE has a perfect trifecta of solutions that will revolutionize the live music business.