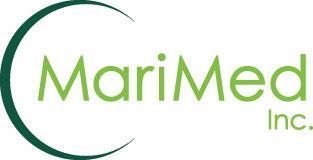 BOSTON, July 11, 2017, MRMD, (GLOBE NEWSWIRE) — MariMed Inc. (OTCQB:MRMD) in June completed a capital raise of $5,150,000 to fund development and expansion of client medical cannabis facilities in Maryland and Delaware and marketing of MariMed’s Kalm Fusion® line of precision dosed cannabis products into additional states. MariMed, an industry leader in the design, development, operation, funding, and optimization of medical cannabis cultivation, production, and dispensary facilities, assisted two clients in opening medical cannabis facilities in the past two months and has six client facilities currently in progress.  The capital was raised through the sale of 22,178,889 shares of stock in an exempt private placement to accredited investors, without any advertising and without the payment of any commissions.

“The funding we received demonstrates strong investor support and confidence in MariMed’s business model and proven track record of our management team,” stated Mr. Robert Fireman, CEO of MariMed Advisors.  “We have successfully built a business model with proven best practices that we have scaled and replicated in our clients’ cannabis facilities in multiple states.  In the first quarter of 2017, MariMed Inc., revenue was nearly double that of the comparable quarter in 2016.  Management expects to continue this similar growth trajectory going forward.”

Cannabis has been legalized for medical or recreational use in 28 states and Washington DC, and legalization is being considered in additional states.  Medical cannabis is legal throughout Canada and legislation implementing legalizing recreational use nationwide is in progress.  The Cowen Report has projected that the U.S. legal cannabis industry will grow from $7 billion to $50 billion by 2026.

“MariMed has a strong new business pipeline that contains many more potential license applicants and new facilities in the works as additional states legalize cannabis and loosen their restrictions,” stated Mr. Jon Levine, CFO of MariMed Advisors. “Going forward, MariMed is well positioned to take advantage of this tremendous opportunity with our unique business model coupling the proven expertise to win licenses, design, build and operate facilities successfully within the legal parameters, along with much-needed funding for cannabis companies to build their facilities.”

About MariMed (formerly Worlds Online):
MariMed Inc., is an industry leader in the design, development, operation, funding, and optimization of medical cannabis cultivation, production, and dispensary facilities.  MariMed’s team has developed five state-of-the-art, regulatory-compliant facilities in three states, with six additional facilities currently under development in two other states.  These facilities are models of excellence in horticultural principals, cannabis production, product development, and dispensary operations. MariMed is on the forefront of precision dosed products for the treatment of specific medical conditions.  MariMed branded products are being distributed in three states with distribution being finalized in six additional states. For additional information about MariMed, visit www.MarimedAdvisors.com

Forward Looking Statements:
This release contains certain forward-looking statements and information relating to MariMed Inc., that is based on the beliefs of MariMed Inc. management, as well as assumptions made by and information currently available to the Company. Such statements reflect the current views of the Company with respect to future events including estimates and projections about its business based on certain assumptions of its management, including those described in this Release. These statements are not guarantees of future performance and involve risk and uncertainties that are difficult to predict, including, among other factors, changes in demand for the Company’s services and products, changes in the economic environment and changes in technology. Additional risk factors are included in the Company’s public filings with the SEC. Should one or more of these underlying assumptions prove incorrect, actual results may vary materially from those described herein as “hoped,” “anticipated,” “believed,” “planned, “estimated,” “preparing,” “potential,” “expected” or words of a similar nature. The Company does not intend to update these forward-looking statements. None of the content of any of the websites of any other party referred to herein (even if a link is provided for your convenience) is incorporated into this release and the Company assumes no responsibility for any of such content.

With Over $2.1 Million in Total Revenues, April and May Figures Top First Quarter Results as PotNetwork Continues Cultivating for Growing Returns