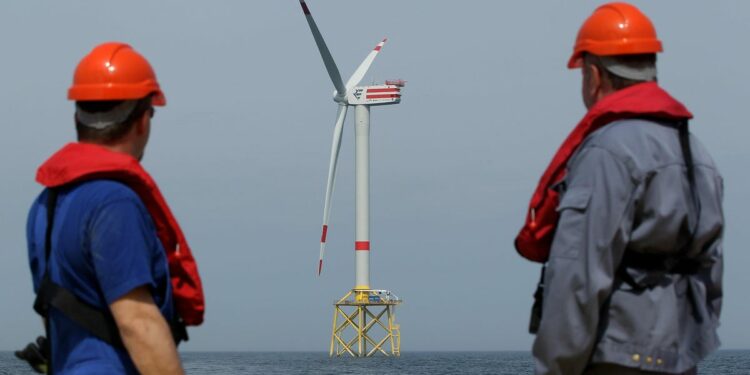 Silence can be deadly. That’s the key lesson from a new paper examining communications failures as a root cause of offshore drilling accidents.

While the industry has gotten better about identifying root causes of accidents from an operating standpoint, too often investigations also cite “communications failures” as a blanket explanation that “implicitly assumes that accidents could be prevented if employees spoke up about safety,” according to the paper “Listening to the Well, Listening to Each Other, and Listening to the Silence — New Safety Lessons from Deepwater Horizon” published late last year in the American Chemical Society’s journal Chemical Health and Safety.

But the paper found that in accidents such as the Deepwater Horizon disaster there are many instances in which concerned employees do speak up, but they’re ignored. Their voices often are drowned out by other concerns such as time pressure or a culture that favors a “can-do” attitude focused on results. And those pressures can have a chilling effect — whether intentional or not — that keeps many employees from raising concerns.

“You find a lot of reports that say ‘there was a lack of communication, and communication should be encouraged,” said Antoine J. Jetter, a professor of engineering and technology management at Portland State University and one of the paper’s three authors. “It seems an almost silly explanation.”

The paper found that in many cases, communication did happen, but other barriers prevented concerns from being heard, acknowledged or acted upon by superiors.

Aggressive timelines for completing projects — often the result of the huge cost involve in offshore drilling — can create a toxic environment for employees who dare to voice concerns that could add delays.

Although the Deepwater Horizon disaster occurred more than a decade ago, it continues to yield lessons of what not to do — and offer insights into avoiding similar mistakes in the future. Much, of course, has been written about what happened the evening of April 20, 2010, just before 10 p.m., aboard the rig that was drilling the Macondo prospect in the Gulf of Mexico.

A blowout shot flames some 200 feet above the derrick and explosions ripped through the living quarters and workspaces, killing 11 members of the crew and critically injuring 63 others. The rig burned and sank in 5,000 feet of water, severing the riser and allowing oil to flow freely from an open hole on the sea floor for 87 days.

Since then, the cause of the accident has been the focus of numerous investigations, scholarly papers, popular books (including one that I wrote) and even a movie with big-name Hollywood stars.

But I was intrigued by this latest study because it zeroed in on a key element of the disaster — communication failures — and asked why attempts to communicate concerns about the troublesome Macondo well went unheeded.

The lead author of the paper is Lillian Espinoza-Gala, a research associate at Louisiana State University’s department of entrepreneurship and information systems. Espinosa-Gala started working on offshore rigs in 1973, and a year later became the first woman to hold a technical job on a Gulf rig. Over the years, she was injured twice in accidents, one of which was almost fatal, and she lost a brother and a subordinate to accidents. As a member of the Deepwater Horizon Study Group — and on other examinations of the disaster — she has worked tirelessly to bring the rig workers’ perspective to what happened and to ensure those who lost their lives are not forgotten.

Her first-hand experience and her long history studying offshore disasters such as Macondo gives her a greater sense of empathy with offshore workers, as well as greater urgency and determination that the safety concerns of front-line workers need to be heard.

“Had I not lost a brother when he was 43, and had I not almost been killed myself, people would have been more hesitant to share with me,” she said.

Her co-author, Ahmed Alibage, an assistant adjunct professor and postdoctoral fellow at Portland State, previously worked as a city engineer and safety manager. While it was a different industry, he saw many parallels between the manufacturing operations he inspected and the offshore culture aboard the Deepwater Horizon.

“Sometimes, you’d see everybody hiding what’s going on,” he said. “They’d say ‘don’t tell the manager.’” That reluctance to let others know of potential dangers can be deadly, and it stems from a culture in which workers are given the message, often subliminally, to keep quiet.

For example, a company may say safety is important, but if workers are given bonuses for maintaining a schedule or managers are pressured by their superiors to keep a project on track, it can stifle safety concerns form the front line.

Rig workers on the Deepwater Horizon, for example, had “stop work” authority to shut down drilling if they had safety concerns, but as a practical matter, most workers were afraid to invoke it. The pressure from managers onshore to get the well drilled was simply too great.

How can organizations improve safety communications and ensure that bad news, however unpopular, is heard and considered?

The authors studied the habits of high-reliability organizations (HROs) to see how they address communications issues, and came away with three recommendations:

·      Separate risk assessment functions from leadership decisions about how much risk is acceptable. This separation can be achieved by setting standards for risk evaluation that must be completed before a leadership decision, such as moving ahead with a drilling program, can be made.

·      Be open to bad news. Knowledge about specific risks can’t be hidden or downplayed to protect team morale, to avoid unpleasant conversation or to assuage competitive worries that risk communication or safety issues will leak to outsiders. Quite simply, people can’t manage risks if they aren’t aware of them. In risk assessment, positive thinking isn’t a business virtue.

·       Keep options open. Reliability requires enough time to carefully investigate and deliberate a situation. When schedule changes or a decision that stop drilling are declared out of the question, it may block any safe path forward. The Deepwater Horizon was squeezing the Macondo well into a busy drilling schedule, and any delays threatened other drilling programs. Rather than acknowledging that the Macondo well couldn’t be completed as planned and adjusting the schedule, “leadership tried to maintain chirpy optimism and a can-do attitude.”

These factors were exacerbated by the fact that part of the drilling crew’s pay was contingent on speed and maintaining the schedule.

“It really boils down to leadership,” Jetter said. “Does leadership have all the alternatives on the table? Or is residence defined as getting the job done no matter what? If you have a culture of ‘don’t talk about that thing’ or ‘keep a can-do attitude,’ then effective communication won’t happen.”

It also means building more time into drilling schedules to allow for safety-related delays, which will likely become more difficult as the economic challenges of extracting fossil fuels increase.

But as the Macondo disaster reminds us, ignoring safety concerns from the front lines or dismissing “communications issues” out of hand can be catastrophic.

Loren Steffy is a writer-at-large for Texas Monthly, an executive producer for Rational Middle Media and a managing director for 30 Point Strategies, where he heads the 30 Point Press publishing imprint. He is the author of five nonfiction books: “Deconstructed: An Insider’s View of Illegal Immigration and the Building Trades” (with Stan Marek), “The Last Trial of T. Boone Pickens” (with Chrysta Castañeda), “George P. Mitchell: Fracking, Sustainability, and an Unorthodox Quest to Save the Planet, The Man Who Thought Like a Ship,” and “Drowning in Oil: BP and the Reckless Pursuit of of Profit.” His first novel, “The Big Empty,” was published in May 2021.

Steffy is the former business columnist for the Houston Chronicle and previously was the Dallas (and Houston) bureau chief and a senior writer for Bloomberg News. His award-winning writing has been published in newspapers and other publications worldwide. He has a bachelor’s degree in journalism from Texas A&M University.

UH Energy is the University of Houston’s hub for energy education, research and technology incubation, working to shape the energy future and forge new business approaches in the energy industry.

Directors’ Deals: Buyback could be catalyst for Johnson Matthey shares