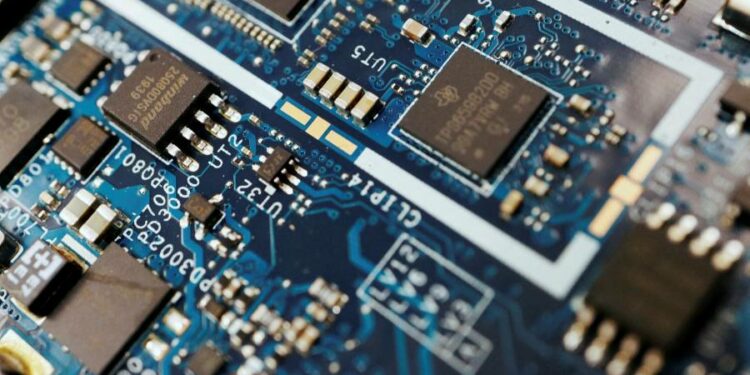 Japan’s biggest semiconductor makers from Toshiba to Sony are warning that the government’s push to revive its domestic chip industry is being threatened by a shortage of engineers.

The anticipated labour crunch comes as Japan works to increase investment in semiconductors as part of a drive to bolster its economic security in the wake of chip shortages caused by Covid-19 supply disruptions.

In an appeal to the ministry of economy, trade and industry last month, an electronics industry body said the five years until 2030 represented “the last and biggest chance for Japan’s semiconductor industry to regain its footing” after years of losing global market share.

The Japan Electronics and Information Technology Industries Association said the sector’s success hinged on securing enough talent to innovate and operate its chip plants. It estimated that eight big producers will need to hire about 35,000 engineers in the next 10 years to keep up with the pace of investment.

“It is often said that semiconductors are lacking, but the biggest shortage is engineers,” said Hideki Wakabayashi, professor at the Tokyo University of Science who is the head of the policy proposal task force at the JEITA semiconductor board.

In the late 1980s, Japanese semiconductor companies spent lavishly to expand production, overtaking the US to reach just over half of the global market share. But after a bruising trade conflict with Washington, Japan ceded its dominance to companies in South Korea, Taiwan and eventually China.

That led to mass lay-offs of engineers following the global financial crisis in 2008. Wakabayashi said this was the reason there were not enough senior experienced engineers today.

Students studying semiconductors at university now tend to join financial institutions or tech companies as the chip industry has long lost its allure, said Toyooki Mitsui, a manager at flash memory maker Kioxia, which is part of the JEITA task force.

To spur innovation and groom prospective employees, Toshiba, Sony and others are teaming up with the best science departments nationwide, pouring additional funding into chip research and recruitment.

TSMC, together with Sony, is building a $8.6bn plant in the southern island of Kyushu, and aims to hire about 1,700 workers for the facility. The government said it will subsidise up to ¥476bn ($3.5bn).

More plants are coming online. Kioxia, together with its joint venture partner Western Digital, is spending nearly ¥1tn on a factory in central Japan to open in autumn, and will allocate another ¥1tn for a factory in northern Japan that is slated to be completed next year.

Renesas Electronics will invest ¥90bn to reopen a factory it closed in 2014 to expand production of power semiconductors used in electric vehicles.

“Japan has been at odds with the rest of the world in terms of investment and hiring until the mid-2010s, even as the global chip industry size has doubled,” said Kazuma Inoue, a consultant at Recruit.

However it has been difficult to find workers, said Inoue. The number of workers aged 25 to 44 in electronic components, devices and circuits dropped from 380,000 in 2010 to 240,000 in 2021, according to data released by the Statistics Bureau of Japan.

“Most Japanese studying science subjects are more interested in IT, not necessarily semiconductors,” said Takashi Miyamori of Toshiba Electronic Devices.

“There’s a fight over the best engineers globally and we need to come up with ways to be competitive,” he added.

History says US stock market has further to fall