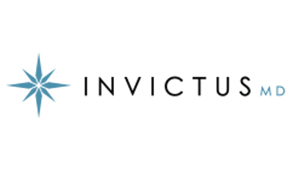 VANCOUVER, BC, February 7, 2017 – INVICTUS MD STRATEGIES CORP. (“Invictus MD” or the “Company”) (CSE: IMH; OTC: IVITF; FRA: 8IS) ispleased to announce that on February 6, 2017 it hadentered into a binding letter of intent (“LOI”) for an option to acquire 100% (the “Option”) of the outstanding shares of a Late Stage Applicant (the “OptionCo”) under the Access to Cannabis for Medical Purposes Regulations (“ACMPR”) from its current shareholders (the “Vendors”). In early January 2017, OptionCo had its Pre-license inspection from Health Canada and expects to receive a license to cultivate under the ACMPR in short order.

OptionCo has built 60,000 square feet of secured perimeter for its current production facility located on 150 acres (the “Property”), which is expected to have production capacity of up to 6,000 kg per annum. OptionCo has already submitted plans for additional buildings on the Property including a 30,000 square foot facility. Assuming OptionCo receives the requisite regulatory approval to cultivate, OptionCo has future expansion plans on the 150 acre Property to establish itself as a leader in the Canadian cannabis industry.

Subject to completion of satisfactory due diligence, Invictus MD intends to enter into a definitive option agreement on or before February 24, 2017.

“Once the option to acquire a 100% interest in OptionCo is exercised, along with the previously acquired interest in AB Laboratories, a licensed producer under the ACMPR, Invictus MD will have significant land holdings for cannabis cultivation in Canada to meet the significant demand. From day one, Invictus MD has viewed acquiring production capacity under the ACMPR as a key driver to increasing shareholder value”, said Dan Kriznic, Chairman and CEO of Invictus MD. According to a recent report from the consulting firm Deloitte “Recreational Marijuana – Insights and Opportunities”, the Canadian retail cannabis market is projected to be between $4.9 billion and $8.7 billion annually. In that same report, Deloitte further estimates that satisfying the recreational cannabis market will meanproducing600,000 kilograms of marijuana annually – far more than the existing licensedproducersunder the ACMPR grow for medicinal purposes.

Invictus MD Strategies Corp. is focused on three main verticals within the burgeoning Canadian cannabis sector: Licensed Producers under the ACMPR including an investment in a fully licensed facility, AB Laboratories Inc.; Fertilizer and Nutrients through Future HarvestDevelopment Ltd.; and Cannabis Data and Delivery, with its wholly owned subsidiary Poda Technologies Ltd.

On Behalf of the Board,

Amazonas Florestal Ltd. Announces The Company Has Leased 100 Acres of Land In Dacono, Colorado — Will Operate Plantation Under the Name of Its Wholly-Owned Subsidiary Amazon Hemp Ltd.