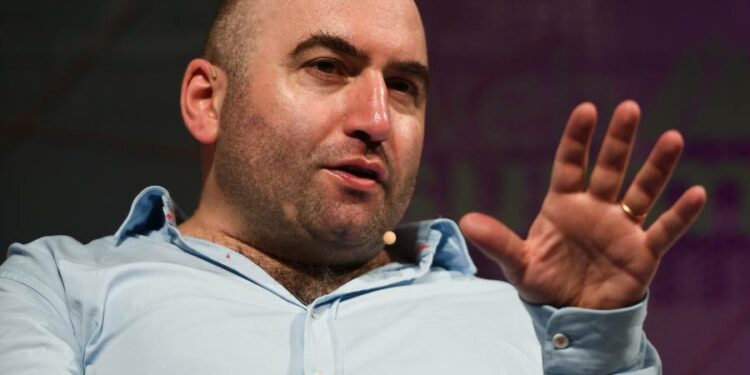 Grindr has named a new management team as the gay dating app prepares to go public through a special purpose acquisition company merger slated for later this year.

The California-based company announced in May a deal to go public through a merger with Tiga Acquisition Corp, a Spac set up by Ashish Gupta in 2020, which it said at the time gave the business an implied valuation of $2.1bn.

Arison, who is openly gay and has been on Grindr’s board since May, is confident that going public through a Spac is the right move for the dating app.

“The IPO market is more or less shut down right now, so the Spac was a way to get that done,” he said, admitting it was hard to predict what the redemptions rate will be in the current climate.

“We have an amazing business that can scale so much, so my goal will be to drive that . . . [and] build a team that is ready to run a public company.”

Spacs have experienced a frenzy over the past couple of years with investors contributing more than $250bn to blank-cheque companies since the start of 2020. But recently, they have lost their shine after a series of high-profile flops and a crackdown by regulators.

That, combined with the current downturn in the market, has led to a high redemption rate on mergers, where shareholders opt to redeem shares and cash in on the IPO proceeds rather than receiving stock in the newly merged public company.

If the deal goes ahead, existing shareholders will own 78 per cent of Grindr. The dating app will receive $384mn in proceeds as part of the transaction with Tiga, $137mn of which will be used to pay down Grindr’s debt.

The estimated merger valuation is more than triple what San Vicente Acquisition paid for Grindr two years ago, when US regulators forced its then-Chinese owner, gaming group Beijing Kunlun Tech, to divest the company over national security concerns.

Arison founded ride-hailing app Taxi Magic, now known as Curb, which was acquired by Verifone in 2015. He also has a history of investing in tech start-ups.

Dating apps have been struggling to acquire new users as people favour in-person interactions after the global lockdowns. Last month, Tinder said it was focusing efforts on attracting new Gen Z users after sign-ups failed to return to pre-pandemic levels.

Although figures from mobile app analysts Data.ai suggested app downloads of 13-year-old Grindr were declining, the platform has a younger user base, with 80 per cent under the age of 35.

Grindr, which serves the LGBT community, has more than 11mn monthly active users, 723,000 of whom are paying customers. Subscriptions are the main driver of the app’s revenues, which grew 30 per cent year on year in 2021 to $147mn.

The company is also under pressure to introduce stricter age verification technologies to keep underage users off the app, without compromising the safety of its users who are not openly gay or live in countries where they face discrimination. Grindr said it was currently working with Google and Apple to create age and identity verification technology.

“Protecting people is really important and not everybody on Grindr is out and publicly open about being gay,” said Arison. “Being very protective of people’s identity is really, really crucial. And it’s something I am going to pay a lot of attention to.”