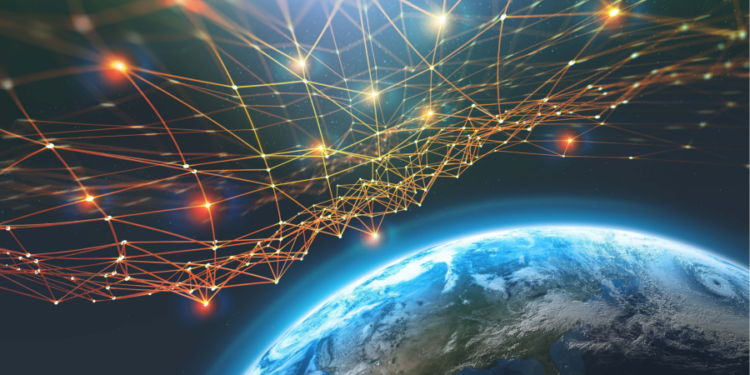 Over the next few months, you and your computer code can hatch a plan to save a planet. It’s a fictitious artificial planet, granted, but one that simulates the economy, geopolitics and climate of our real world. And perhaps your ideas will soon prove useful here on warming Earth.

Launched last month, AI for Global Climate Cooperation is a competition organised by Mila (an artificial intelligence institute in Quebec) and Salesforce Research. The group, working at the intersection between AI and economics, is soliciting submissions in the form of novel climate agreements and negotiation protocols.

Academic economics is generally a conservative enterprise, but AI is slowly beginning to seep in. Instead of writing down and solving trusty formal mathematical models, with the assumptions and difficulties they carry, AI may allow economists to throw all their ingredients into a simulated stew and find out how it tastes.

When it comes to saving the planet, these ingredients will be plugged into “a multi-region integrated assessment model” called RICE-N, calibrated to the latest real world data. Each proposal will change the simulated world in some way, as its AI agents go about their self-interested business. The fictitious temperature will be checked and winners will be declared. But that’s not where the work will end.

“That competition is just a vehicle for the community to quickly try out a lot of new solutions,” said Stephan Zheng, a research scientist at Salesforce and a contest organiser. If the work passes ethical and peer review, “we can start thinking about communicating those results to the policymaking world, to the actual climate.”

“We can do things that are hard to do analytically,” said David Parkes, a member of the competition’s jury. “Economic models tend to be highly stylised — maybe with AI we can get closer to the real problem.”

The real economic problem in this instance is climate change. But a similar approach could shed light on other knotty challenges for economists — tax policy, contract design, trade deals or the supply chain.

The advantages are many. AI agents might be able to do some of the dirty work for us, playing out our proposals to their conclusions. They also mean that if we mess things up, we won’t cause our own extinction. Let the simulation wrestle with the tricky business of geoscience, meteorology, macroeconomics, international politics and national interests.

AI for Global Climate Cooperation (perhaps an algorithm could invent a snappier name) builds off the earlier AI Economist project, in which AI citizens wander around a simulated two-dimensional digital world of houses, coins, wood and stone. An AI government keeps a watchful eye, aiming to maximise productivity and equality, learning as it goes about the behaviour of its digital constituency and responses to new policies such as a changes in the income tax rate.

There are hopes that the growing influence of AI in economics might also address a trio of nagging difficulties in the field. The first is the sheer number of people that exist, with all their different interests. For tractability, economists often assume the existence of a Platonic “representative agent”, or simply elide the fact that many real people make up the real world. With enough computational power, perhaps you can simulate them.

Second are the logistical, political and financial barriers that exist when it comes to experimentation. It’s not often feasible to test a pet tax policy, social program or international agreement in the real world. But it’s easy enough to change the laws and parameters of an artificial planet.

The final hurdle is a conundrum at the heart of game theory. Just because an agreement is great for the collective, or the climate, doesn’t mean that individual actors will adhere to it — the central result of the prisoner’s dilemma. No single authority can enforce the optimal deal, so successful agreements — climate agreements included — must be upheld through a scaffold of supporting incentives. Perhaps a simulation can test many of these possible scaffolds without the risk of the whole thing falling apart.

But AI cannot solve the most crucial problems in economics — or anything else — on its own. The most interesting problems are multidisciplinary and require wisdom beyond the models and algorithms. And eventually real people will need to shake hands, sign agreements and pass laws. At some point, the humans will need to get involved.