Home » Energy » Exposed By Putin, The Energy Know-Nothings Must Now Go Away 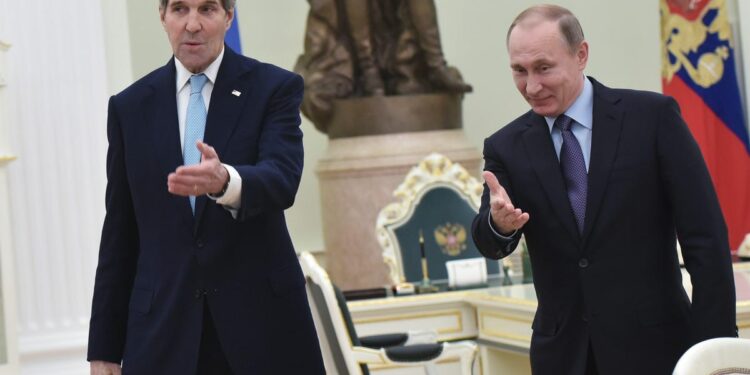 Exposed By Putin, The Energy Know-Nothings Must Now Go Away

I’m convinced that the silver lining in this horrific war is that Putin has awoken the West from its energy slumber.

Even the most blind are beginning to see.

I’ve seen too many good signs not to truly believe (err, hope) that.

Impressively and thankfully so because it’s never too late to do the smart thing.

For many of us Energy Realists, you know, those of us that live here on planet Earth, we finally feel like we’re winning.

Yet while the tide is indeed turning, the Energy Know-Nothings are still out there.

Like Michael Myers’ constant stalk of Laurie Strode, the boogeyman is always still out there.

Waiting for us to go back to sleep, so he can once again push the unrealism that allowed Putin to pounce in the first place.

So my first contribution in a while is an oil wakeup call.

It’s for those of you that’ve been telling us about the coming “end of oil.”

It’s for those of you that demand we don’t drill for the fuels that power humanity because it won’t make a difference anyways and only exacerbates climate change.

It’s for those of you that block oil and gas progress at every turn, have given us structurally higher cost energy, and have now installed the worst inflation in 40 years at 8.3% because of your unrealism.

“Offshore will take a decade!”…they chanted in the early-2000s.

“It’s a global oil market, what we do doesn’t matter!”…the Know-Nothings that should have stopped talking after the American Shale Revolution taking flight in 2008 obliterated their Know-Nothing talking points.

Ronald Reagan was right: you’ve all been proven so catastrophically wrong.

Listen and learn, just like you should’ve done 15 years ago, so tens of billions of dollars in Western energy purchases wouldn’t now be funding a war criminal, even still today, nearly three months into his Hitler-like aggression against our friend the Ukraine.

Physics is the problem for your “renewables and electric cars only,” not “a lack of investment,” as you are still insisting that Europe “doubles down” on them.

What’s that definition of insanity again?

To the tune of hundreds of billions, if not trillions, of dollars, Europe has quintupled down on renewables and electric cars since 2005 (when the Kyoto Protocol came into force), but still had to build oil and gas pipelines to Russia, still at the mercy of a madman that wrote his PhD dissertation on how to manipulate YOU on energy.

Here in the U.S., “Putin’s price hike” is the biggest provably false excuse I’ve seen in my 15-year career in the energy business.

My evidence is undeniable.

Alexandria Ocasio-Cortez’s insulting solution for more wind and solar (electricity sector) to lower gasoline prices (transport sector) epitomizes the energy ignorance that has engulfed us for a scarily long time.

But considering that they are less than 1% of our fleet, less convenient, and far more expensive, the “hey, we just need more electric cars” solution might actually be worse.

That’s because its the ultimate non-solution for a family-crushing problem: “Americans shelling out $5,000 a year on gasoline as prices skyrocket.”

Not to mention that electric cars are actually getting even more expensive – the exact opposite of what the unrealists have bent over backwards trying to convince us of.

As we soar back to pre-Covid levels (even with aviation needs still lagging), the entire premise of “oil demand is in structural decline!,” has been proven as insidious speculation.

Even a gigantic uptick in electric vehicles will take decades to replace the ~1,300 million oil-based cars around the world; today, there are ~13 million electric cars globally.

The “electricity replacing oil” is an incredibly gradual turn, if ever.

And in any event, most forget that passenger vehicles constitute less than 30% of the ways in which humans consume oil.

Petrochemicals, concrete, agriculture, jetliners, heavy trucking, and just about every other consumable thing in the world will keep the oil requirement much higher than the anti-oil business wants you to know.

In fact, even the worst economic times usually give us the same thing: slowed growth in oil demand, not an absolute decline in oil demand (see the great Javier Blas at Bloomberg to help us eradicate the ignorance).

No kidding: oil is the ultimate indispensable product with no significant substitute.

But beyond never being able to admit they were deadly wrong, the worst part of the Energy Know-Nothings is that they’ve almost assuredly eroded public support for renewables, electric vehicles, electrification, and, likely, even decarbonization.

As we fight to lower emissions, these might be the worst things they’ve done.

No study from Big Green Academia (that’s where the consulting money is now) will tell you as much, of course, but their push for higher cost, less reliable, and, often even non-commercial energy sources has proven tragic in a thousand ways.

So finally, after forcing coal, nuclear, and gas to retire prematurely…blocking oil development and new pipelines at every turn…suing the oil and gas companies that supply 70% of the energy that sustains our country “in the name of climate change!”…forcing wind or solar where it isn’t windy or it isn’t sunny…handing out hundreds of billions of dollars in subsidies to renewables that distort market dynamics…passing laws that mandate an unrealistic percentage of electricity comes from renewables….blocking infrastructure to send gas from Western Europe eastward to lower reliance on Putin…I always knew that I was right…

This, from a left-leaning outfit and the former Secretary-General of NATO mind you, would turn out to be the most telling energy headline of the past 20 years:

Indeed, the Energy Know-Nothings must now go away.