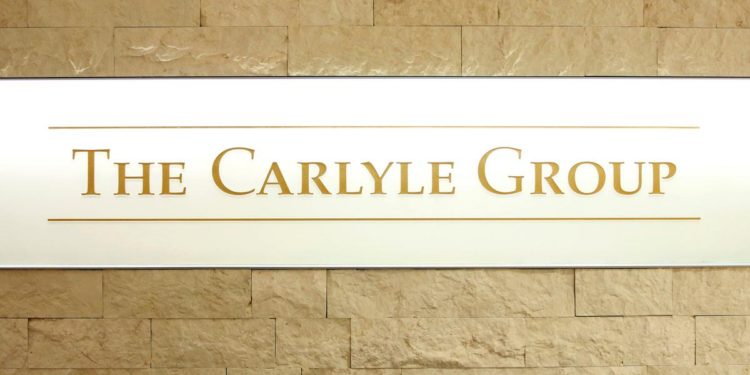 MADRID/LONDON/ABU DHABI (Reuters) – Private equity firm Carlyle Group is ahead of other contenders to buy a 30 percent stake in Spain’s Cepsa for up to 3 billion euros ($3.4 billion), just four months after owner Mubadala shelved a listing of the energy company, three sources familiar with the matter told Reuters.

FILE PHOTO: The logo of the Carlyle Group is displayed at the company’s office in Tokyo, Japan October 17, 2018. REUTERS/Issei Kato

Carlyle, whose energy and natural resources division includes funds such as Neptune Energy, could reach an agreement within weeks, one of the sources said.

Other investment firms including CVC, Apollo and Macquarie had expressed interest in buying a stake in the Spanish oil major, which is owned by Abu Dhabi wealth fund Mubadala Investment Company, sources previously told Reuters.

However, Carlyle has emerged as the favorite bidder in the process which is led by Rothschild, the sources said, although no deal has been finalised or agreed.

In October, Mubadala backed out of a plan to list 25 percent of Cepsa on the Madrid stock exchange citing uncertainty in international capital markets and lackluster appetite among international investors.

Political uncertainty in Europe, U.S. political tensions and a global economic slowdown, topped off by the U.S.-China trade war and sanctions against Iran and Russia, deterred a series of initial public offerings (IPO) in the past few months.

Proceeds from global IPOs fell by 83 percent to $2.6 billion in January compared with the same month last year, Refinitiv data shows, while proceeds from European listings dropped 97 percent in the first two months of the year.

In the energy sector, Saudi Aramco was among the most high-profile listings that were halted in 2018.

At the smaller end of the scale, oil trader Vitol pulled its IPO of Varo Energy and sources said Kazakhstan has deferred the IPO of national oil firm KazMunayGaz to beyond 2019.

Conversely, a recovery in the oil price to its current level of around $65 a barrel, from $30 in 2016, coupled with attractive asset valuations, has driven a surge in M&A activity by private equity firms in the energy sector.

In 2013 Carlyle launched a $2.5 billion euro energy fund – Carlyle International Energy Partners (CIEP) – and has since then made a number of high profile acquisitions.

In 2017, it teamed up with CVC to buy the oil and gas assets of French utility Engie.

Carlyle’s Neptune Energy fund is currently bidding for the oil and gas assets being sold by EDF’s Italian unit Edison, according to sources.