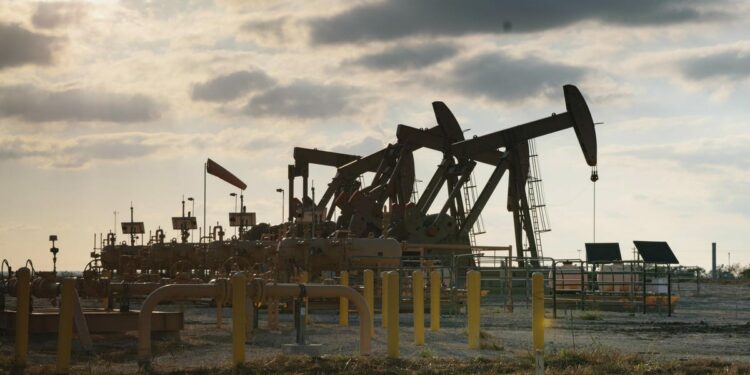 “Scale equals relevance” is a prevailing theme in the U.S. oil and gas shale world currently, and Devon Energy
DVN
gained scale in the Eagle Ford play in South Texas this week with a $1.8 billion acquisition of Validus Energy. It is a rare multi-billion dollar deal in a year during which the blowout in commodity prices during 2022 has slowed the pace of merger and acquisition (M&A) activity as potential buyers try to wrap their arms around the potential longevity of the current price paradigm.

Energy analytics and intelligence firm Enverus reported last month that the overall value of U.S. shale M&A activity had faded to $12 billion during the 2nd quarter of 2022 and that the pace of activity year-to-date had slowed significantly from the first two quarters of 2021. “As anticipated, the spike in commodity prices that followed Russia’s invasion of Ukraine temporarily stalled M&A as buyers and sellers disagreed on the value of assets,” said Andrew Dittmar, director at Enverus Intelligence Research. “High prices, though, also encouraged a rush by private equity firms to test the waters for M&A. While not everyone that is going into the market is getting what they deem to be a suitable offer, enough are to drive modestly active upstream M&A.”

Management at Devon has obviously decided that now is a prime time for growth in the shale sector, given that the Validus deal represents its second major acquisition of shale assets in recent weeks. Earlier this summer, the Oklahoma City-based shale giant announced an $885 million acquisition of Williston Basin acreage from RimRock Oil & Gas.

Despite the headwinds caused by the current volatile price environment, Devon and Validus were able to agree to a deal for the latter’s 42,000 net acre position in Karnes County, at the center of the Eagle Ford play that spans 32 counties in South and Central Texas. Validus had acquired the acreage during a lower price environment in 2021 from Ovintiv
OVV
(formerly Encana) for just $880 million. At the time of that transaction, production from the acreage stood at 21,000 barrels of oil equivalent per day (boe/d). Over the intervening year, Validus was able to raise that production level by 2/3rds, to 35,000 boe/d. As a result, the company had gained the scale required to make it a prime takeover target for a bigger shale fish.

In an email, Dittmar said that for most upstream shale producers, targeting mature assets like this makes sense in the current environment. “Companies want to capture as much value as possible while commodity prices are high and adding barrels that are already online is the surest way to do that,” he said. “It also matches investor preferences for immediate capital returns as it is easy to show line-of-sight from a deal like this with its strong cash flow accretion and a boost to dividends and buybacks.”

He added that the relative maturity of the Validus assets does not mean they are devoid of future development potential, saying that they “still hold untapped inventory and the potential to revisit older wells with refracs.”

For the shale-uninitiated, a “refrac” is the technique of going back into an existing well bore and performing a second or even third hydraulic fracturing process to further break up the shale formation rock and wring additional production from the well. It is a technique that has grown in popularity this year as supply chains have become snarled, oilfield labor has grown constrained and steel pipe and other needed equipment for drilling new wells has become increasingly costly and scarce.

As has been the case in every previous oil boom anywhere in the world over the past 170 years, the formula for success in U.S. shale is constantly evolving. Many industry critics scoffed at the idea of refracs in the Eagle Ford just a decade ago, claiming they would be uneconomic and maybe even technically unfeasible for the formation. Today, the technique is becoming positively trendy, cash flow accretive and additive to shareholder value.

In his email, Dittmar said “The current commodity price environment has led to a wave of asset offerings from private equity owners as their sponsors look to cash out.” As potential buyers look to grow via acquisition instead of the drill bit and grow more confident about where prices could be headed in the future, the pace of M&A in U.S. shale could be about to accelerate.