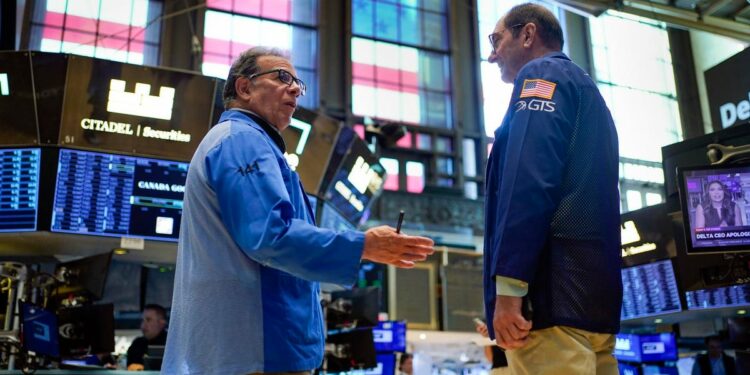 The stock market plunged on Thursday as several big banks kicked off earrings season with disappointing results and warnings about the economy, while investors continue to worry that surging inflation will force the Federal Reserve to hike interest rates at a faster clip than previously expected.

Stocks added to recent losses: The Dow Jones Industrial Average fell 2%, around 600 points, while the S&P 500 lost 1.9% and the tech-heavy Nasdaq Composite 1.7%.

Investor sentiment continued to deteriorate after Wednesday’s “ugly” consumer price index report, which showed inflation spiking to 9.1% in June compared to a year ago, up from 8.6% in May.

Markets are now betting that the latest inflation data will lead the Federal Reserve to more aggressively raise interest rates, with some traders now expecting a 100-basis-point rate hike at the central bank’s upcoming meeting later this month.

JPMorgan Chase was the first big bank to report quarterly earnings on Thursday: Shares fell over 3% after the firm reported a 28% decline in profits, in large part due to a buildup in credit reserves.

Morgan Stanley, meanwhile, also reported underwhelming results—including a 55% decline in investment banking revenue that CEO James Gorman blamed on “a more volatile market environment than we have seen for some time.”

“Recession fears have fully gripped the markets and central banks are left with little alternative but to tighten aggressively into it,” says Craig Erlam, senior market analyst at Oanda. The inflation data yesterday was the “latest in a long list of disappointing releases” and the result is that “it’s now a coin toss between a 75 and 100 basis points hike in two weeks.”

Amid ongoing recession fears, major Wall Street banks have been slashing market forecasts and warning of a looming slowdown in corporate earnings. Bank of America was the latest firm to reduce its S&P 500 price target on Thursday, to 3,600 from 4,500—implying a roughly 5% decline from current levels. Other firms including Evercore ISI, UBS and Oppenheimer have all recent slashed targets as well.