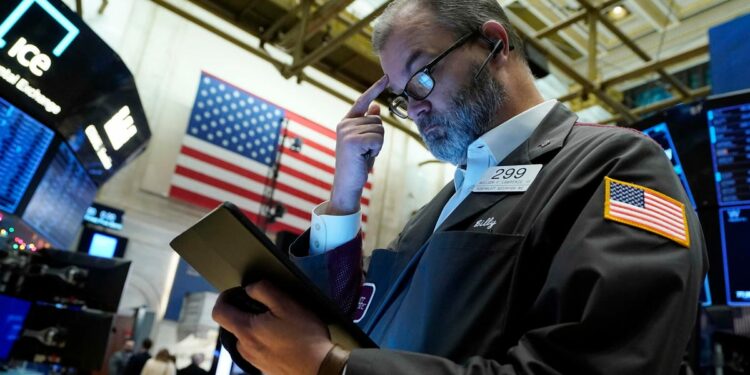 Shares of companies linked to the economic recovery—including airlines, cruises and casinos—led the stock market higher on Monday, with the Dow rising nearly 2% as investors brushed off rising concerns about the Covid omicron variant.

Stocks rebounded strongly Monday from last week’s sell-off, when all three major indexes finished in the red and stock market volatility surged due to the new Covid omicron variant.

While markets took a hit after the first case of omicron was reported in the United States last Wednesday, stocks have more recently clawed back some losses as investors piled into shares of companies that continue to benefit from a reopening of the economy.

Airline stocks were among the biggest gainers on Monday, with United rising 8.3%, American 7.8% and Delta 6%.

“Historically, December has been a great month for stocks, but now we have the Omicron variant causing major volatility and uncertainty,” says Ryan Detrick, chief market strategist for LPL Financial. “Still, we remain optimistic that the new worries will subside over the coming weeks and stocks will finish 2021 on a solid note.”

Shares of electric vehicle maker Rivian rose nearly 12% on Monday after several major Wall Street banks initiated coverage of the stock. Analysts remain largely bullish on the company, predicting that Rivian can successfully “challenge” billionaire Elon Musk’s Tesla and become its next big competitor. While some firms argued that Rivian is “redefining” the electric vehicle market, others highlight that the stock’s sky-high valuation leaves “little room for error.”

Shares of vaccine makers Moderna and Pfizer fell nearly 14% and over 5%, respectively, on Monday as markets continued to await further updates on the omicron variant.

The new omicron variant has been recently identified in 17 states domestically and over 40 countries worldwide. The new threat has been compounded by a steep surge in Covid cases across the United States, primarily due to the delta variant. The World Health Organization first labeled omicron as a “variant of concern” on November 26.

Here’s Why Rivian Can Successfully ‘Challenge’ Tesla, According To These Major Firms (Forbes)

Is The Era Of Stay-At-Home Stocks Over? Here’s Why Zoom, Peloton And Others Have Slumped In 2021 (Forbes)