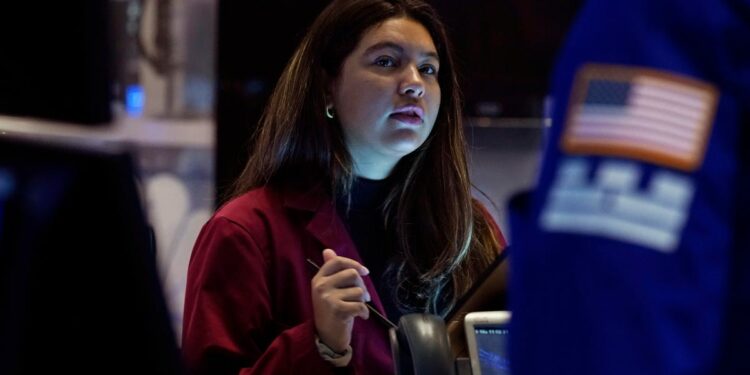 The stock market surged higher on Wednesday after a better-than-expected inflation report for July, boosting investor sentiment as consumer prices fell for the first time in months, adding to hopes that inflation may have finally peaked.

Stocks got a boost after consumer prices rose 8.5% in the 12 months ending in July—less than the 8.7% expected by economists and down from 9.1% in June, according to data released by the Labor Department on Wednesday.

A sharp 7.7% decline in gasoline prices helped offset increases in food and shelter costs, according to the data, while core inflation (excluding food and energy prices) rose 0.3% versus 0.5% expected.

Investors cheered the latest data—sending stocks higher—amid optimism that inflation may have peaked, which experts say should give the Federal Reserve some additional leeway to slow the pace of aggressive monetary policy tightening later this year.

For the Federal Reserve’s next meeting in September, the majority of traders are now pricing in another 50 basis point rate hike—rather than what would be a third 75-basis-point increase in a row, according to CME Group data.

“We finally got some good news,” though “one month doesn’t make a trend,” notes Chris Zaccarelli, chief investment officer for Independent Advisor Alliance, who adds, “if we see future months’ data showing a decrease in inflation, then it will help markets see the end of the tunnel in terms of rate hikes.”

“The Fed now has plenty of cover to reduce the pace and size of future rate hikes,” predicts Jamie Cox, managing partner at Harris Financial Group. “This is really good news and decreases the odds of stagflation and the need for a big recession to break the back of embedded inflation.”

The “knee-jerk reaction” to the inflation report is “very bullish,” notes Vital Knowledge founder Adam Crisafulli. “Treasuries are surging, yields are dropping, and Fed tightening forecasts are falling, but keep in mind these gauges have been more volatile than early-stage tech stocks in the last few weeks, so it’s hard to read much into the day-to-day gyrations.”

Inflation Spiked 8.5% In July—Slowing For The First Time In Months As Gas Prices Fall From Recent Highs (Forbes)