Home » Energy » Despite Their Thirst For Oil, China And India Will Never Depend On Russia 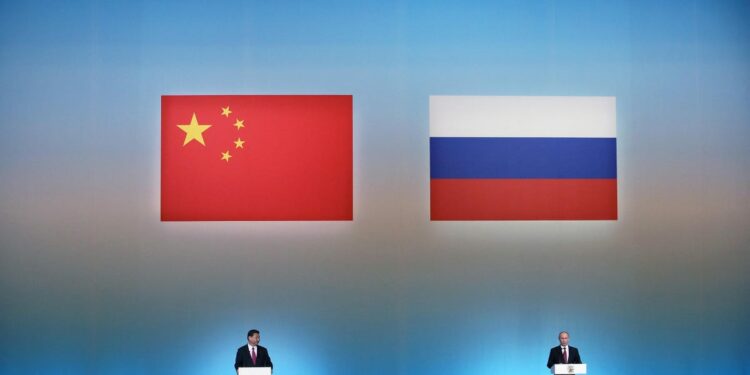 Despite Their Thirst For Oil, China And India Will Never Depend On Russia

The geopolitical chessboard is constantly shifting. The West is elbowing Russia out of the oil and gas markets, given its war on Ukraine. But Russia is now trying to cozy up to China and India in response to that economic boycott. Can that work?

Russia and China are an odd couple. It’s certainly not a heartfelt partnership similar to that of the United States and Great Britain. Notably, China’s economy is about nine times that of Russia’s, and the United States has more economically to offer China. The Europeans are shunning Russian oil and gas — commodities that China and India can now get at a discounted rate. However, unlike Germany, they know to keep Russia at arm’s length and to spread their risks.

“China can negotiate (with Russia) from a position of strength,” says Erica Downs, senior research scholar for the Center on Global Energy Policy at Columbia University, during a symposium hosted by the Atlantic Council. “But it does not want to run afoul of western sanctions. We are seeing that Chinese companies are increasing their imports of fossil fuels. It is more revenue for Russia to support its war in Ukraine. But we do not see China offer a lot to Russia.”

Moscow relies on hydrocarbons for 60% of its national budget, while oil and gas make up nearly a third of its gross national product.

In the immediate term, the high price of oil is giving Russia leverage: Russia can redirect oil to China and India— at a 30% discount. Bloomberg reports that Russia has earned $24 billion in the three months since the February 24th invasion of Ukraine: China spent nearly $19 billion on oil and gas, which is double what it paid a year ago.

Meanwhile, India paid $5 billion — 5-times what it spent last year. Cheap oil is the motivator: India has gone from importing almost nothing to 1 million barrels daily of Russian oil. But it can’t absorb much more — about 350,000 barrels a day. Moreover, China and India still don’t buy more oil than Europe currently does; although it is banning oil that arrives by ship this year, it is phasing out oil sent by pipelines. As that ban sinks in, Russia is likely to discount its oil even more to sustain itself. But such a business strategy will be short-lived.

About three-quarters of all Chinese imports are tied to oil. And China is looking to get the best deal. Even before Donald Trump started a tariff war, China leaned on Russia. The trade hostilities accelerated the trend. And Russia is happy to oblige: in 2005, it supplied 5% of China’s oil. But Russia’s crude oil exports to China jumped by 55% compared to last year. China’s Sinopec and Zhenhua Oil are major buyers.

“Russia is the largest exporter of oil and gas combined, and China is the largest importer,” says Edward Chow, senior associate, Energy Security and Climate Change Program at the Center for Strategic and International Studies, during the Atlantic Council symposium. “It is natural they would have a relationship. But the war makes it more complicated. Yes, Chinese imports have gone up — but at a big discount. China took advantage of this. China may see (Russia’s) President Putin as unreliable, unpredictable, and incompetent.”

Russia and China have a turbulent history: The Russians invaded after the first Japanese-Chinese war in the 1890s in Manchuria. And in 1969, they fought on Zhenbao Island.

But the current camaraderie between China and Russia will not be long-lasting. China has pledged to be carbon-neutral by 2060 — a strategy that centers on the fact that China makes most of the world’s solar panels while controlling the key raw materials that go into electric vehicle batteries: cathodes, anodes, electrolytic solutions/electrolytes, and separators, says the Yano Research Institute. China is also home to one-quarter of the world’s electric vehicles.

At the same time, China and the United States have had diplomatic relations since 1973 despite recent challenges. American multinationals are still going into Chinese markets — companies that include Apple
AAPL
, Boeing
BA
, Caterpillar, Microsoft
MSFT
, and Tesla
TSLA
. Furthermore, China is inking long-term contracts with American LN
LN
G suppliers such as Cheniere Energy and Venture Global LNG.

“Putin is in for a long conflict with Ukraine,” says Amy Myers Jaffe, Managing Director for the Climate Policy Lab at the Fletcher School at Tufts University, during the seminar. “Putin thinks he is ahead,” given the economic pain in Europe and high gas prices in the United States. But she quickly adds that 21st Century technologies are game-changing — things like electric vehicles and energy efficiency that will ultimately diminish oil usage.

At the same time, Jaffee says that Russia can’t sell all of the oil it is now producing because much of it is needed to fuel its domestic economy and the war.

“Long term, the war underscores the need for diversification” for China and India, adds Brian O’Toole, a fellow for the GeoEconomics Center at the Atlantic Council.

Putin is banking on the high price of oil and gas on world markets. But those advantages will fade as western markets close to Russia’s commodities. “Putin is an inveterate gambler, and he does not know when to stop,” says O’Toole. “He may go further than he should. It’s easy to be a propagandist if you control the media. The middle class is getting vaporized in Russia.”

Russia and China have a marriage of convenience. China now gets discounted oil that still generates massive profits for Russia. But China and India also have strong ties to the West. And while each has an insatiable thirst for oil and gas, they will never vest their futures with Russia. Moreover, once the European countries rid themselves of Russian oil and gas and lock in long-term contracts with new suppliers, Russia will need to rethink its mission and geopolitical aims. It can’t reconstitute the Soviet Union and remain part of the international order.

An iPhone on wheels: the existential challenge for carmakers