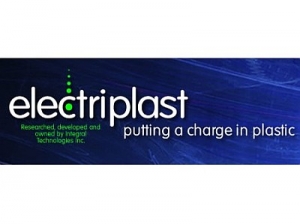 EVANSVILLE, Ind., Sept. 12, 2017 /PRNewswire/ —  Integral Technologies, Inc. (OTC-PK: ITKG) (“Integral”), and its wholly owned subsidiary ElectriPlast Corporation, announced today that production has begun for two automotive programs awarded in late June. In preparation for production, several preliminary orders were completed in July and August for both programs. The first production order for ElectriPlast was completed this week for a North American Tier 1 for use in an EMI shielded connector in a luxury European OEM’s electric SUV. Manufacturing for the other program, an EMI shielded optical sensing application, is expected to begin late 2017. This order, for a major United States auto manufacturer, will be used in nearly two million vehicles globally. Both programs have been awarded for five years and are valued at approximately $2,000,000.

These two orders are part of a global lightweighting strategy by the Tier 1s and automotive OEMs.  Europe and Asia are expected to continue to drive demand for electric vehicles(EVs) by 2040, when over 530 million EVs are forecasted to be on the road globally.(1) We expect this number to increase as China plans to ban new vehicles powered by gasoline and diesel engines and transition to EVs only.(2) “We see this as just the beginning of the EMI shielding and lightweighting opportunity for us,” stated Mo Zeidan, Integral’s CTO. “We continue to believe we are well positioned for the lightweighting revolution and are seeing a surge in opportunities since the announcement of the two program awards. We are currently working with one of our Tier 1’s advanced engineering core teams to replace their current EMI shielding technology on several current production programs. ElectriPlast provides a cost savings and improved performance,” continued Zeidan.

In other developments, ElectriPlast is currently being prototyped with a European Tier 1 for inclusion in a 2019/2020 European vehicle platform. Prototyping is anticipated to conclude in early 2018. Integral has recently quoted several other business opportunities, including an EMI shielding application for a military project.

Safe Harbor StatementThis press release contains “forward-looking statements” within the meaning of Section 27A of the 1933 Securities Act and Section 21E of the 1934 Securities Exchange Act. These statements include, without limitation, predictions and guidance relating to the company’s future financial performance and the research, development and commercialization of its technologies.  In some cases, you can identify forward-looking statements by terminology such as, “may,” “should,” “expects,” “plans,” “anticipates,” “believes,” “estimates,” “predicts,” “potential,” “continue,” or the negative of these terms or other comparable terminology. These forward-looking statements are based on management’s current expectations, but they involve a number of risks and uncertainties.  Actual results and the timing of events could differ materially from those anticipated in the forward-looking statements, as the result of such factors, risks and uncertainties as (1) competition in the markets for the products and services sold by the company, (2) the ability of the company to execute its plans, (3) other factors detailed in the company’s public filings with the SEC, including, without limitation, those described in the Company’s annual report on Form 10-K for the year ended June 30, 2016 as filed with the Securities and Exchange Commission and available at www.sec.gov, and (4) the parties may be unable to agree upon definitive agreements. You are urged to consider these factors carefully in evaluating the forward-looking statements