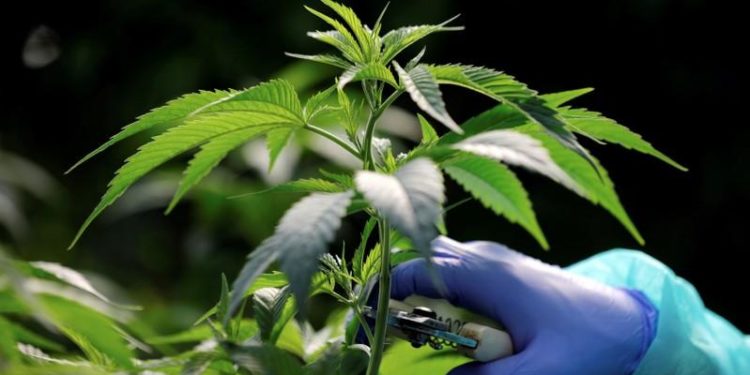 JERUSALEM (Reuters) – Marijuana is becoming an election issue in Israel now that an upstart far-right party that favors legalizing the drug seems to be drawing voters away from conservative Prime Minister Benjamin Netanyahu.

Opinion polls originally showed the party, Zehut, would fail to win even a single seat in parliament in the April 9 ballot. But its ultranationalist leader’s focus on decriminalizing cannabis has resonated with voters.

Polls this week predicted Zehut would take at least four seats in the 120-member legislature, giving it a possible linchpin role in the formation of a future coalition government.

A cartoon in one Israeli newspaper depicted Zehut’s leader, Moshe Feiglin, holding a lit joint, with a Pied Piper-like trail of liberal voters rapt at their new, unexpected champion.

Usually focused in his campaign on national security challenges, Netanyahu said he is pondering the issue.

Asked on a TV channel run by his right-wing Likud party about decriminalization, Netanyahu said: “I am now looking into the question that you raised. I will give you an answer soon.”

In the meantime, he said, Israel has increased the use of medical cannabis “to one of the highest levels in the world”.

Medicinal use is allowed with a doctor’s permission.

But as a country with large, religious Jewish and Muslim communities, Israel had long frowned on drug use of any kind. Admission of pot-smoking could once disqualify a young Israeli from mandatory military service or a civil servant from office.

Recreational use remains illegal, if not frequently enforced. People face a potential 3 years’ jail for possessing an amount for personal use – up to 15 grams. Trafficking-level possession carries a maximum 20-year jail term.

On Tuesday, Israel’s police said they had arrested 42 people suspected of using TeleGrass, an encrypted messaging service for selling drugs that enabled Israelis to use an app on their smartphone to order marijuana delivered to their door.

Likud and its strongest challenger, the centrist Blue and White party, which has not taken a position on marijuana legalization, are locked in a closely contested race.

Joining the debate, Avi Gabbay, head of the center-left Labour party, said on Army Radio that he himself had smoked pot and it was time to “get out and join real life” in keeping up with Western leniency on its recreational use.

Israel’s parliament in December approved the export of medical cannabis, a field that the finance and health ministries estimate could reap $265 million in taxes a year. There are eight cannabis cultivation companies in Israel.

Shares of medical cannabis firm Tefen jumped 13 percent, while other cannabis producers were 2.6 percent to 7 percent higher on the Tel Aviv Stock Exchange after Netanyahu’s remarks.