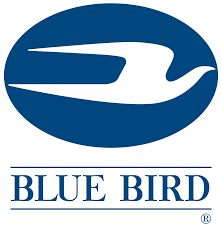 In December of 2016, the Department of Energy announced that they would be awarding $15M to organizations in an effort to accelerate the adoption of advanced and alternative fuel vehicles. Blue Bird Corporation, a bus manufacturer located in Fort Valley, GA, was presented the largest amount at $4.4M in order to develop a zero-emissions, 100% V2G electric school bus.

“As the leader in alternative fuel bus solutions, the addition of an electric school bus rounds out our portfolio,” says Phil Horlock, President and CEO of Blue Bird Corporation. “Thanks to this award from the Department of Energy, we will be able to pursue the development of this technology based on our many years of research. As we celebrate our 90th anniversary in 2017, the timing of this grant is impeccable!”

One of the stipulations of the award is that the bus will be an affordable, ‘low cost’ electric bus solution. Additionally, Blue Bird is looking to implement technology, known as V2G, that will allow the bus to put electricity back into the grid – which may help bring much-needed funds to school districts. “This initiative will provide resources to explore alternative fuels for school transportation while sending energy back to the grid,” said Georgia Gov. Nathan Deal. “The development of a low-cost electric school bus is an investment that could save state resources in the long term. We are excited to see Blue Bird develop this new technology here in Georgia.”

“Blue Bird has a solid reputation and the company has been an asset to Georgia’s economy,” said U.S. Senator Johnny Isakson. “I applaud the decision by the Department of Energy and other entities to award this funding to a company that continues to make a positive impact.”

However, Blue Bird is not unfamiliar with this technology. “We were first to market with an electric school bus in 1994,” explained Dennis Whitaker, Vice President of Product Development for Blue Bird. “Since then, we have been closely monitoring this technology, and have found that recent battery management advances have made this project viable. We should see our first new Blue Bird electric school bus in 2019.”

As a zero-emissions vehicle, this electric bus will be able to take away thousands of pounds of particulate matter from the air, making a positive impact on the environment, and the children these buses transport. “I am thrilled that Blue Bird has been awarded this grant by the Department of Energy,” said U.S. Congressman Sanford Bishop, representative of Middle and Southwest Georgia. “Not only has Blue Bird contributed to the local community for over 90 years by providing jobs, but it has also produced a multitude of ‘green’ vehicles in recent years. I am excited to see they are now able to produce even more solutions that positively impact the environment and future generations of bus riders.”

According to Michael Simon, President and CEO of TransPower, this electric bus solution could also create additional jobs throughout the US. “Once these electric buses go into production, there is a huge potential for job growth,” said Simon. “Supplying electric drive components for say, 500 buses a year, would have the potential to create up to 250 new jobs in California.”

Kevin Matthews, Managing Director for National Strategies, whose firm developed the application and will serve as project manager, stated that; “This project will take us far down the road to deploying and operating a Zero Emission School Bus that is cost effective for school districts across the United States. We thank DoE for this award, and applaud Blue Bird’s leadership in this arena.”

Combined with matching funding from other public and private entities in California, the total project funding will be over $9M and result in an eight bus demonstration fleet deployed in California by 2019.

About Blue Bird Corporation: Blue Bird (Nasdaq: BLBD) is the leading independent designer and manufacturer of school buses, with more than 550,000 buses sold since its formation in 1927 and approximately 180,000 buses in operation today. Blue Bird’s longevity and reputation in the school bus industry have made it an iconic American brand. Blue Bird distinguishes itself from its principal competitors by its singular focus on the design, engineering, manufacture and sale of school buses and related parts. As the only manufacturer of chassis and body production specifically designed for school bus applications, Blue Bird is recognized as an industry leader for school bus innovation, safety, product quality/reliability/durability, operating costs and drivability. In addition, Blue Bird is the market leader in alternative fuel applications with its propane-powered and compressed natural gas-powered school buses. Blue Bird manufactures school buses at two facilities in Fort Valley, Georgia. Its Micro Bird joint venture operates a manufacturing facility in Drummondville, Quebec, Canada. Service and after-market parts are distributed from Blue Bird’s parts distribution center located in Delaware, Ohio. For more information on Blue Bird’s complete line of buses, visit www.blue-bird.com.