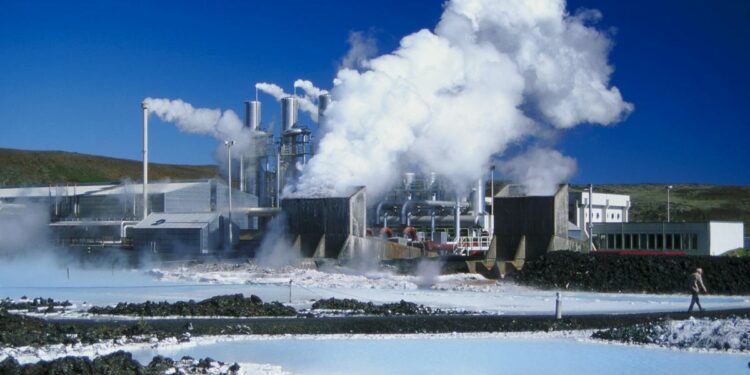 The US Department of Energy (DOE) has funded a project called FORGE where hot granite rock will be drilled and fracked using the best oil and gas technology. An overall goal is to see if water pumped down one well can be circulated through the granite and heated before pumped up a second well to drive turbines that generate electricity.

John McLennan, Department of Chemical Engineering, University of Utah, is the co-principal investigator for this DOE project. A webinar presentation on this topic was sponsored by NSI on April 6, 2022: Frontier Observatory for Research in Geothermal Energy (FORGE): An Update and Lookahead

Q1. Can you provide a brief history of geothermal energy?

Q2. What are enhanced geothermal systems, and where is fracking applied?

Q3. Tell us about the site of the FORGE project in Utah and why it was selected.

This writeup is Part 2, which addresses three additional questions below:

Q4. What is the basic design of the injection and production wells?

Six wells have been drilled to date. Five of these wells are vertically drilled monitoring wells, which is consistent with the strategy of being a field laboratory. Fiber optic cables and geophones in the monitoring wells can map the chronologic growth of hydraulic fractures interconnecting an injection well, which has been drilled, and an upcoming production well.

The injection well was drilled to a measured depth of 10,987 ft (a true vertical depth of 8520 ft± below ground level). This entailed drilling vertically and then building a curved section at 5°/100 ft drilled, and finally maintaining a lateral at 65° to the vertical, for about 4,300 feet in an azimuth just south of east (N105E). This direction favors subsequent hydraulic fractures being orthogonal to the well.

After drilling, all but the bottommost 200 ft of the well was cased (larger diameter 7-inch casing was used to move significant quantities of water with limited friction and parasitic pumping losses) and cemented to the surface (to hydraulically isolate the annular space).

Q5. Could you summarize the three frac treatments in the injection well and their results?

In April 2022, three hydraulic fractures were pumped near the lower extremities (the toe) of the injection well. Geophones in three wells, surface instrumentation, and downhole fiber optic sensors provide a view of the evolving fracture geometries during pumping. Based on the interpretation of these fracture geometries, the production well will next be drilled to intersect these clouds of microseismicity.

Three fracture stages were consecutively pumped. The first targeted the entire openhole length of the well (the lower 200 feet that had not been cased). That treatment was slickwater (friction-reduced water). 4,261 bbl (~179,000 gal) were pumped at rates up to 50 bpm (2100 gpm). After shutting in briefly, the well was flowed back at temperatures of about 220°F.

The next stage involved pumping slickwater at rates up to 35 bpm through a 20-ft long section of casing that had been perforated with 120 shaped charges to provide access to the formation through the casing and the cement sheath. 2,777 bbl of slickwater were pumped; and then the well was flowed back.

The final stage entailed 3,016 bbl of crosslinked (viscosified) fluid pumped through perforated casing at rates up to 35 bpm. Microproppant was pumped. In the future, evaluations will be made to assess the necessity and viability of propping fractures to ensure conductivity of the created fractures.

Preliminary processing of the third stage suggests pseudo-radial fracture growth, around the well at the center. This favors a separation between the existing injector and the future producer on the order of 300 ft. A commercial scenario may require greater offset than this; however, this experimental program needs to first establish the ability to interconnect two adjacent wells with hydraulic fracturing.

Q6. What is the potential for commercial application?

In a commercial setting, a multiplicity of hydraulic fractures would be created to interconnect wells. At the FORGE field laboratory, the length of the lateral will be devoted to testing out new technologies. These include methods for determining reservoir characteristics, hydraulic fracturing and perforating techniques, conformance – nominally equal flow through each hydraulic fracture, and the characteristics of circulating through these fracture networks and the rate at which thermal depletion is experienced. Research contracts are let to other parties (universities, national laboratories, industrial entities) to develop these technologies and test them out at FORGE.

In a commercial EGS setting, cold water would be injected and pass through the array of hydraulically-created fractures, acquiring heat in the process. The hot water would be produced to surface through the production well. At the surface, standard geothermal technology would be implemented for electricity generation (an organic Rankine cycle (ORC) plant, using a secondary organic working fluid that is flashed to vapor to drive a turbine/generator; or, direct flashing to steam). The produced water, after heat has been taken out, is recirculated.

The FORGE site will not be a power producer. It is intended to be used to test and develop technologies that will promote the commercialization of this type of geothermal energy. Success centers around technology development. Already, significant advances have been made by promoting the application of polycrystalline diamond compact bits (PDC) that enable dramatic increases in the rates of penetration. Evaluation protocols of subsurface measurements and training of all rig site personnel have improved the drilling economics of this geothermal project.

It appears that hydraulic fracturing can be effectively carried out – but the true test lies in circulation efficiency and heat recovery after the production well is drilled.

EGS success here may be applied elsewhere. Consider using hydraulic fracturing for hybrid EGS applications where conventional applications have encountered the geothermal equivalent of a dry hole – natural fractures were not encountered during drilling but could be intersected by fracturing.

Success at FORGE means testing technologies that would not otherwise be considered, passing viable technologies to private industry, and encouraging geothermal development overall.

The hope for China’s tech ‘uninvestables’

UK government is in semiconductor mess of its own making

UK government is in semiconductor mess of its own making