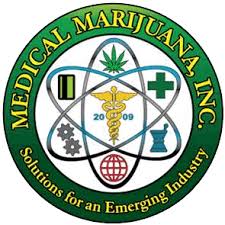 This marks the first time that Brazil’s National Health Surveillance Agency ANVISA has granted the filling of a prescription for RSHO™ to specifically help a patient combat the effects of Alzheimer’s disease. This comes nearly two years after HempMeds® Brasil became the first company to offer legal medicinal cannabis products to Brazil after receiving import approval for those suffering from specific medical conditions.

“We once again commend the Brazilian government for responding to the humanitarian interests of its people by allowing them access to CBD hemp oil products that can treat the symptoms of conditions with no known cure or limited treatment options,” said Dr. Stuart Titus, Chief Executive Officer of Medical Marijuana, Inc. “Early stage research on Alzheimer’s from Dr. David Schubert of the Salk Institute in San Diego shows that cannabinoids reduce both brain inflammation as well as the accumulation of beta-amyloid, a toxic protein buildup that is a hallmark of Alzheimer’s disease. We believe this is the first non-toxic exogenous agent to show such potential for the eventual treatment of this terrible condition that currently costs our US Healthcare system in excess of $225 billion. Our firm remains excited about the future for CBD based products to enter clinical trials for this and other neurological indications.”

According to Alzheimer’s Disease International’s 2016 World Alzheimer report, the number of people worldwide with dementia is increasing, with 46.8 million people worldwide living with dementia in 2015 and 131.5 million expected in 2050. In Brazil alone it is estimated that more than 1 million people live with some form of dementia, with the country’s retired aging population on the rise. Between now and 2030, Brazil’s continuously increasing population of elderly with result in greater medication demand, with a pharmaceutical market expected to be worth $34 billion in U.S. dollars by 2020, according to Investopedia.

“Treatment solutions for neurological diseases like Alzheimer’s and Parkinson’s are desperately needed because of the difficulty in developing pharmaceuticals that can pass the blood-brain barrier, a specialized system of cells that allow nutrients in the brain while preventing harmful substances from passing through,” added Dr. Titus. “Cannabinoids like CBD, however can pass through the blood-brain barrier and affect cannabinoid/other receptors in the brain and an early stage study has shown the potential benefit of cannabis and cannabinoid therapies for Alzheimer’s disease. This will lead us toward future cannabinoid remedies and research to convince the medical community of potential benefits.”

About HempMeds® Brasil
HempMeds® Brasil currently has three cannabis products approved for importation into Brazil as a prescription medication. The company had the first-ever cannabis product allowed for import into Brazil and its products are currently subsidized by the Brazilian government, under their health care system. As of 2015 ANVISA has allowed cannabidiol treatments for any medical condition a doctor sees could help the patient. HempMeds® Brasil has had doctor prescriptions for Epilepsy, Parkinson’s, Alzheimer’s, Cancer, Autism, Multiple Sclerosis and Chronic Pain to date and is working on additional approvals for multiple indications.

About Medical Marijuana, Inc.
Our mission is to be the premier cannabis and hemp industry innovators, leveraging our team of professionals to source, evaluate and purchase value-added companies and products, while allowing them to keep their integrity and entrepreneurial spirit. We strive to create awareness within our industry, develop environmentally-friendly, economically sustainable businesses, while increasing shareholder value. For details on Medical Marijuana, Inc.’s portfolio and investment companies, visit www.medicalmarijuanainc.com.

FORWARD-LOOKING DISCLAIMER
This press release may contain certain forward-looking statements and information, as defined within the meaning of Section 27A of the Securities Act of 1933 and Section 21E of the Securities Exchange Act of 1934, and is subject to the Safe Harbor created by those sections. This material contains statements about expected future events and/or financial results that are forward-looking in nature and subject to risks and uncertainties. Such forward-looking statements by definition involve risks, uncertainties and other factors, which may cause the actual results, performance or achievements of Medical Marijuana, Inc. to be materially different from the statements made herein.

FOOD AND DRUG ADMINISTRATION (FDA) DISCLOSURE
These statements have not been evaluated by the FDA and are not intended to diagnose, treat or cure any disease.

LEGAL DISCLOSURE
Medical Marijuana, Inc. does not sell or distribute any products that are in violation of the United States Controlled Substances Act (US.CSA). These companies do grow, sell, and distribute hemp-based products and are involved with the federally legal distribution of medical marijuana-based products within certain international markets. Cannabidiol is a natural constituent of hemp oil.

American Cannabis Company, Inc. Announces It Has Secured A Contract And Equity Stake With A New Client In The State Of Pennsylvania

Amazonas Florestal Ltd. Announces The Company Has Leased 100 Acres of Land In Dacono, Colorado — Will Operate Plantation Under the Name of Its Wholly-Owned Subsidiary Amazon Hemp Ltd.

Amazonas Florestal Ltd. Announces The Company Has Leased 100 Acres of Land In Dacono, Colorado -- Will Operate Plantation Under the Name of Its Wholly-Owned Subsidiary Amazon Hemp Ltd.