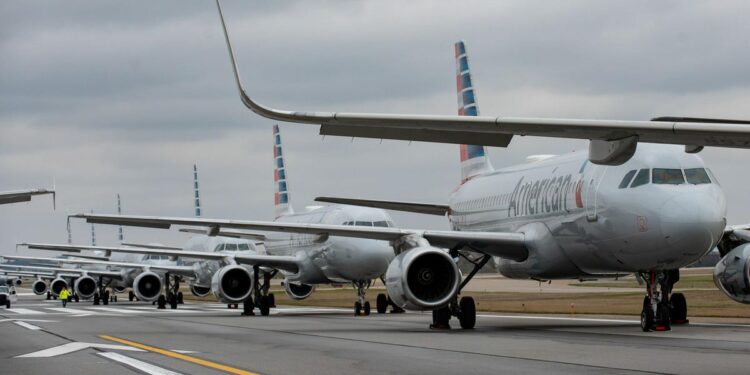 As the global push to create a net-zero carbon emissions world moves forward, a gap is developing between the ambitions behind pledges to reduce carbon footprints and the ability for companies and industries to actually meet those goals. Nowhere is that looming gap becoming clearer than in the aviation industry.

“I hope we have a global impact,” Christina Cassotis, CEO of Pittsburgh International Airport (PIT) told me when we connected this week. “We are served by carriers from around the world with cargo and passengers. These airlines and the entire industry in general are under enormous pressure to lower their carbon footprint and output. A lot of these folks have committed to reductions by 2030, and aren’t sure they’re going to be able to meet their goals if they don’t do something pretty big, and we think this is part of the solution.”

Yemi Akinkugbe, Chief Excellence Officer at CNX Resources Corporation, said the idea is to use the longstanding relationship between CNX and PIT as a kind of proof-of-concept laboratory for the creation of near-term solutions while longer-term solutions are under development. “Before we start talking about the fuels of the future or electrification of aviation, the world must address the here and now,” he told me. “Here is an opportunity that can reduce emissions by 30-50% here and now. The technology is here and now; the resource is here and now. We’re saying that the adoption should also be here and now.”

Part of the strategy involves producing compressed natural gas (CNG) and liquefied natural gas (LNG) at the wellheads using a proprietary technology developed by CNX. The CNG can be used as a land fleet transportation fuel to produce immediate reductions in emissions, while the LNG is a viable alternative jet fuel that can be used to achieve a similar goal.

“It’s not just the airlines who have made these commitments,” Cassotis said. “It’s the ground handlers; it’s all the equipment that’s out on that airfield, plowing the runways and making sure that the airfield is safe. There are all the buses that serve the terminals, the taxicabs and the Ubers and Lyfts.” She said she has already had a conversation with a major snowplow manufacturer, adding that PIT’s longstanding relationship with CNX enables her to enter into these conversations with a high degree of credibility.

The flagship partnership between PIT and CNX goes back to 2013, and the drilling of natural gas wells began the following year. One outcome of the partnership has been the development of a 5-generator, 2 MW micro-grid powered by natural gas and solar array which now provides 100% of the airport’s electricity needs. “Because of the work we did on the micro-grid, we’ve got some credibility,” Cassotis said. “We get to show up and say ‘trust us, we can move the needle.’ We can bring partners to the table, and we have a lot of the assets right here, including an innovation economy that sits in Pittsburgh and at the airport.”

A second piece of the strategy involves the production of electricity using the natural gas, with the goal of ultimately using it to manufacture hydrogen via electrolysis. “The majority of hydrogen created today is created using natural gas,” Akinkugbe told me. “What we are bringing to the table now is the ability to create electricity to enable creation of hydrogen through electrolysis. So, we are on the forefront of creating the resources needed to facilitate low-cost hydrogen creation. The beauty of this is that Pennsylvania has an abundance of natural gas resource.”

Both CNX and PIT believe that the hydrogen piece of their venture can help facilitate a statewide hydrogen initiative introduced recently by Pennsylvania Governor Tom Wolf. Gov. Wolf wants to secure a hydrogen hub and large-scale carbon storage system in Pennsylvania and build what he calls a “regional ecosystem” for the transition to clean hydrogen and carbon capture and storage.

Akinkugbe says the goal is to be producing CNG and LNG sometime in 2023, so the timeline is quick, in keeping with his “here and now” line of thought. “Everyone wants to go electric in transportation. That’s fine, but it’s going to take many years,” he said. “Why can’t we set policies right now that would move people in the direction of adoption of CNG, and cut emissions by 30-50%, probably within this decade? Those are the kinds of problems we’re trying to solve.”