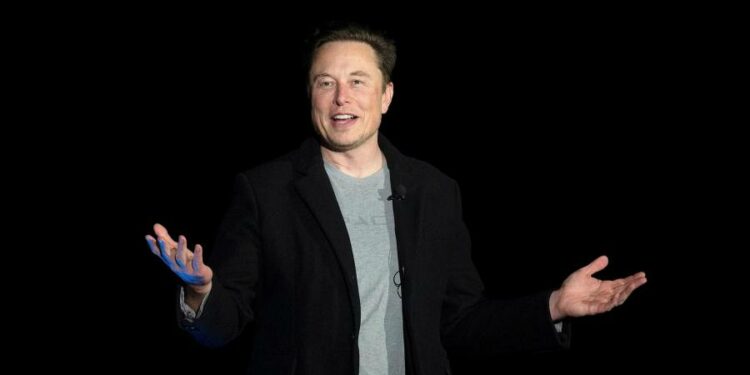 It should not come as a huge surprise that Elon Musk has withdrawn his $44bn bid to buy Twitter.

There was the report of “peril” in the Washington Post, of course, but also all those tweets. So many tweets. Why does he tweet so much? In any event, Musk’s plan to break the deal wasn’t announced in a tweet, but a Securities and Exchange Commission filing late Friday. The filing rehashes Musk’s very public claims that Twitter hasn’t provided information that would allow his team to determine whether the company correctly measured its number of fake users.

We can see why the M&A arbitrageurs were cautious.

Along with Musk’s prior complaints (about all the bots), we found a few other interesting bits in the aforementioned filing. With our emphasis:

…Twitter’s disclosure that it ceases to count fake or spam users in its mDAU when it determines that those users are fake appears to be false. Instead, we understand, based on Twitter’s representations during a June 30, 2022 call with us, that Twitter includes accounts that have been suspended—and thus are known to be fake or spam—in its quarterly mDAU count even when it is aware that the suspended accounts were included in mDAU for that quarter.

First, are we sure that all suspended accounts are necessarily fake? While none of your Twitter-verified correspondents here at FT Alphaville have been suspended, they may know some people whose accounts were temporarily suspended when their takes got a bit too spicy. It is possible that Twitter’s terminology for this penalty-box type of suspension is different, though, and we assume the social-media platform’s PR team was already quite busy late on Friday night.

Second, as Matt Levine observed on Twitter, Musk’s team also complains that they asked for a spreadsheet of Goldman Sachs’ valuation model and received a PDF instead:

And finally, Musk’s team takes issue with Twitter’s belt-tightening after news of the takeover:

Twitter’s conduct in firing two key, high-ranking employees, its Revenue Product Lead and the General Manager of Consumer, as well as announcing on July 7 that it was laying off a third of its talent acquisition team, implicates the ordinary course provision. Twitter has also instituted a general hiring freeze which extends even to reconsideration of outstanding job offers. Moreover, three executives have resigned from Twitter since the Merger Agreement was signed: the Head of Data Science, the Vice President of Twitter Service, and a Vice President of Product Management for Health, Conversation, and Growth. The Company has not received Parent’s consent for changes in the conduct of its business, including for the specific changes listed above.

FT Alphaville is by no means the first to say that this could be an attempt to push Twitter into accepting a lower purchase price. The Nasdaq Composite has slid 26 per cent this year, after all. While Twitter’s shares have lost a mild 15 per cent in comparison, Musk’s bid now constitutes a 47 per cent premium to the company’s current enterprise value of nearly $30bn.

Twitter may not want to enter a protracted legal battle against a guy who’s gone toe to toe with the SEC and come out relatively unscathed.

But it can try to force Musk to complete the purchase. If we take the company chairman’s late Friday tweet at face value, there may be litigation in the cards.

The Twitter Board is committed to closing the transaction on the price and terms agreed upon with Mr. Musk and plans to pursue legal action to enforce the merger agreement. We are confident we will prevail in the Delaware Court of Chancery.

The relatively low breakup fee matters now because it raises the stakes for Twitter to push Musk to complete the deal, rather than just asking for a one-time payout. Our FT colleagues Sujeet Indap and James Fontanella-Khan have reported that damages are capped at $1bn.

Some readers will remember that buyer’s remorse was not sufficient reason to let Tyson Foods withdraw from its 2001 deal to buy IBP. And our colleagues also point out that the Delaware Chancery Court has required follow-through as recently as last year.

This thread from Texas appellate lawyer Raffi Melkonian may provide some insight as well.

There’s a lot of confusion on my timeline about whether Elon has a right to walk from the Twitter deal for $1bn. No. He would write that check right this second if he could walk away.

The agreement allows Twitter to try to make him buy the company at the price he agreed. 1/ pic.twitter.com/PmjJGa49Qx

The “plans to pursue legal action” cited by Twitter’s chairman could take any number of forms, of course. It could go all the way to arguments in the Delaware Chancery Court, or end in a simple deal renegotiation. There could also be challenges to a renegotiated deal; shareholders may not be pleased if Twitter’s board accepts a lower price for the company, though the success of any such challenge would be a different question.

Given all the characters involved in the deal and its financing, the biggest surprise would be if the Twitter fight culminates in anything less than a media circus. If the case goes to court, real corporate-law fanatics will surely miss Leo Strine on the bench.