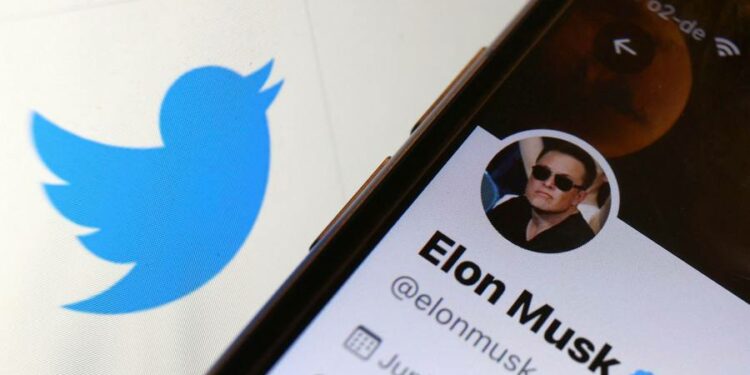 Twitter has hit back at Elon Musk’s attempt to walk away from his $44bn acquisition of the social media company, calling it “invalid and wrongful” and accusing him of breaching the merger agreement, according to a letter sent to the billionaire’s lawyers.

Musk announced on Friday that he planned to back out of the deal to buy Twitter, citing several breaches of the merger agreement by the social media platform.

But in a letter addressed to Musk’s legal team dated Sunday, Twitter’s lawyers at Wachtell, Lipton, Rosen & Katz said that Musk could not walk away from the deal, arguing that instead it was the Tesla chief executive and his team who had “knowingly, intentionally, wilfully, and materially” breached the agreement.

Their “purported termination is invalid and wrongful, and it constitutes a repudiation of their obligations under the agreement”, wrote William Savitt, a partner at Wachtell.

The letter, which was filed publicly on Monday, cited three different clauses of the contract that Twitter said constituted violations and precluded Musk from terminating the deal himself.

The first related to Musk’s obligation to assist with preparing regulatory filings on the acquisition. The second obliged him to consult with Twitter before making public statements of the transaction. Musk, according to the contract, “shall be permitted to issue tweets about the merger or the transactions . . . so long as such tweets do not disparage the company or any of its representatives”.

It is unclear from the letter which communications Twitter is referring to. However, Musk has repeatedly goaded Twitter and its leadership since the deal was announced — for example responding to its chief executive Parag Agrawal with an emoji of a pile of poo in a Twitter thread explaining the company’s approach to fake accounts.

On Sunday, Musk also tweeted a meme made up of photographs of himself laughing at the prospect of Twitter sharing information about bots in court, although it was unclear whether this was shared before the Wachtell letter was sent.

The third item cited Musk’s duty to assist with raising the debt and equity financing needed to fund the $44bn deal.

Twitter is expected to file a lawsuit against Musk with the Delaware Court of Chancery in the coming days, according to a person familiar with the situation, as the stand-off threatens to escalate into a messy legal battle. Analysts have suggested that the parties could also reach a settlement or negotiate the deal at a lower price, citing speculation that Musk has buyer’s remorse given the rout in tech stocks.

Musk claimed on Friday that Twitter had breached the merger agreement by failing to hand over sufficient information to prove that the number of fake accounts on its platform was less than 5 per cent, as it has estimated in public disclosures. His team also challenged the figure, suggesting that the true number was potentially “wildly higher”.

In the letter from Wachtell to Musk, the company wrote that it “will continue to provide information reasonably requested by Mr Musk under the agreement and to diligently take all measures required to close the transaction”.

On Monday, S&P said Twitter’s junk credit rating was still under review for potential downgrade, writing: “The unravelling of Mr Musk’s proposed takeover of Twitter carries multiple downside risks.” It added: “We do not speculate on the outcome of litigation, but we believe it would increase uncertainty and reputational risk.”

Twitter’s share price fell by more than 11 per cent when trading opened on Monday after news of Musk’s attempt to terminate the agreement.