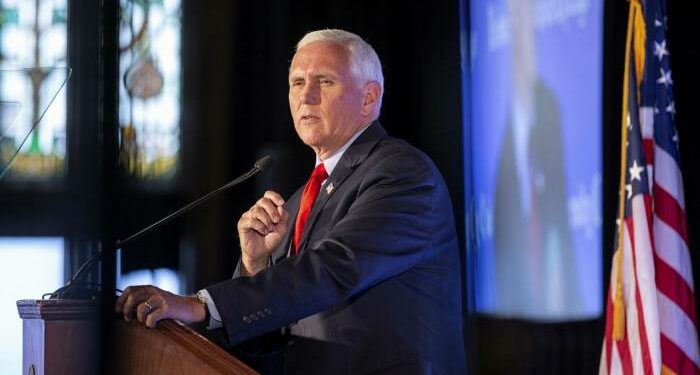 Hello from London, where we may no longer share burgundy-coloured passports with our continental European cousins, but have nonetheless been feeling the sticky impact of a heatwave sweeping the region. Thermometers have climbed above 40°C in many parts of Europe in recent days, smashing records in several areas of France.

The extreme weather is yet another reminder for Europeans of the urgent need for serious action on climate change. The continent’s regulators are widely seen as having set the pace in this regard, and in setting standards for sustainable finance more broadly. But is the European regulatory push getting into trouble?

That’s the subject of today’s interview with Robert Ophèle, who gave some hard-hitting thoughts on the situation in Europe as he enters his final weeks at the helm of France’s financial markets regulator. Also today, Patrick has an update on the environmental, social and governance fund sector that may take some readers by surprise. See you on Friday. (Simon Mundy)

As the head of France’s financial markets regulator, Robert Ophèle has been at the centre of Europe’s tortuous struggle to introduce sustainability-related rules. And the toughest part, he frets, may be yet to come. “The next three years,” he told me, “will be a nightmare.”

I caught up with Ophèle, who is approaching the end of his five-year term as chair of the Autorité des Marchés Financiers (AMF), to discuss the sustainable finance issues currently troubling top regulators. While European authorities are often considered to have blazed a trail in crafting regulations in this space, Ophèle saw ample grounds for unease, both within the continent and beyond.

His biggest fear was of the risk of regulatory fragmentation, with companies and investors contending with a maze of differing standards in various jurisdictions. The situation in the US, where this subject has been sucked into the political culture wars, was top of mind for Ophèle. The Securities and Exchange Commission’s initial proposals for climate-related disclosures looked encouraging, he said. But with the plan now under fierce assault from congressional Republicans, he cautioned, it could be significantly watered down, undermining the global push to raise standards.

Within Europe, too, there are reasons to worry about diverging approaches. The continent is home to a mass of voluntary labelling systems to identify funds with strong sustainability standards — including the ISR and Greenfin badges created by French authorities, the FNG label widely used in German-speaking nations, and the Nordic Swan Ecolabel that predominates in Scandinavia.

Ophèle reckons this is part of a growing divergence between sustainable finance standards in different countries, which could threaten the cross-border flow of investments. “It’s clear that the ‘passporting’ of funds is at risk,” he said, referring to the system under which an asset manager can easily market a fund to investors all over the EU.

The answer, he says, is to give EU regulators the power to set standards for these labels. I pointed out that this means shrinking the powers of national regulators like himself. But Ophèle reckons the change is long overdue. “If you wait too long, everyone will have implemented their own approach.”

That’s just one of several areas where Ophèle saw worrying levels of uncertainty around European sustainable finance standards. We were speaking soon after the escalation of a scandal at German asset manager DWS, which was raided by authorities investigating whether it exaggerated its integration of ESG strategies.

Without mentioning DWS explicitly, Ophèle warned that moves to prosecute investors for greenwashing could prove “unfair”, given that regulators have not yet produced “sufficiently precise” standards for them to follow. And while investment funds are now expected to publish sustainability disclosures, the companies they invest in are not yet required to do the same, leaving the funds with a stark data deficit.

That will change next year, when listed European companies have to start reporting under the Corporate Sustainability Reporting Directive. Overseeing that will be yet another challenge for the AMF and its peers — and Ophèle worries that the burden of the CSRD requirements could deter midsized companies from going public. Better, he says, to apply the rules to companies above a certain size, regardless of whether they’re listed.

In some areas, though, Ophèle is pushing for tougher regulations. One is around carbon reporting, where he hopes European authorities will take the lead in requiring companies to disclose Scope 3 emissions (from their suppliers and customers). And he added his voice to the growing chorus calling for serious regulation of the fast-expanding ESG rating sector.

“These agencies are moving the market . . . in a totally unregulated environment,” Ophèle said. He argued for ESG rating agencies to be regulated in a similar way to credit rating firms. In particular, he said, they should be forced to make their assessment methodology public, and barred from doing consulting work for companies they rate.

In this and countless other areas of the financial landscape, Ophèle’s successor at the AMF — and other regulators across Europe and beyond — will have vast amounts of work to do in search of a coherent framework of rules. “We need to have something in place in order to provide confidence,” Ophèle said. “Because at the end of the day, what is at stake is confidence in sustainable finance.” (Simon Mundy)

For defying Donald Trump over the 2020 election results, former vice-president Mike Pence’s star is on the rise. And one of his top issues this year has been ESG, which he has castigated as “a pernicious strategy.”

But if Pence invested in ESG strategies a year ago, could he be beating the market today? There is evidence to suggest that could be the case.

Morgan Stanley yesterday published a report on the state of the ESG equity market through May. Fund flows have been battered, to be sure, but the report includes a big nugget of strength for the ESG market.

Morgan Stanley highlighted the socially responsible investment indices offered by MSCI, which exclude certain sectors and prioritise ESG leaders. These indices have underperformed year-to-date, but they outperformed over the past 12 months, according to Morgan Stanley.

Take for example, the MSCI Socially Responsible Investment (SRI) World index. Its gross returns are down 3.4 per cent over the past 12 months, but the conventional MSCI World index is down 4.4 per cent. The World SRI index outperformed over the past three years, five years and 10 years as well.

The MSCI SRI USA index is up 1.4 per cent over the past 12 months while its conventional USA index is negative, down 2 per cent.

What’s behind this difference? One word: Microsoft. The Seattle technology giant is the top holding in both the World and USA SRI indices, and it comprises a whopping 21 per cent of the US SRI screen.

Microsoft’s shares were among the strongest performers in the US thanks to its cloud-storage division that benefited from people working from home during the pandemic. For socially-conscious investors, Microsoft has been a longtime darling. It has scored a triple-A ESG rating from MSCI and is also aligned with the Paris agreement to cut carbon emissions.

These MSCI SRI indices do not account for fund fees, and continuing oil price strength will be a headwind for ESG investors. Still, such data points look inconvenient for Pence and his effort to convince the wider public of ESG’s “pernicious” effects. (Patrick Temple-West)