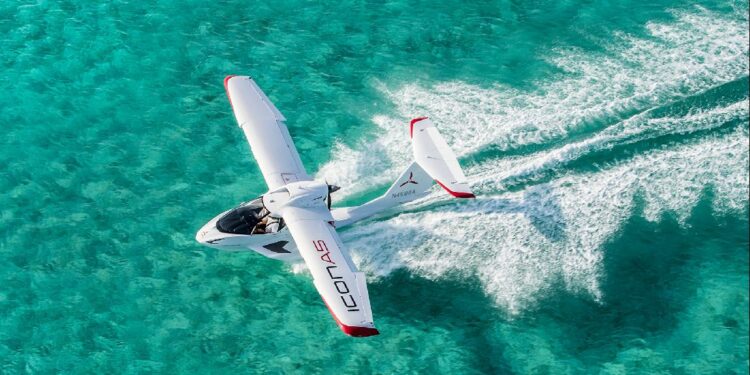 The best outdoor tech for thrill seeking at home and beyond

With summer well underway in the northern hemisphere, it’s time to enjoy the great outdoors. Whether you’re relaxing alfresco at home or heading out on an adventure, here’s our round-up of some of the best tech to capitalise on the good weather.

Made from a lightweight but strong titanium alloy, the Parajet powered paraglider is one way to get a bird’s-eye view of your property. Its 16hp, 78cc engine provides enough thrust to get anyone weighing up to 85kg up in the air (120kg versions are available) and the glider’s modular construction is designed to allow unpacking and assembly in less than five minutes. The standard 10l fuel tank provides enough fuel for roughly three hours of flying. To teach you the ropes, Maverick has a network of partner training schools.

Traditional TVs are unsuited to outdoor use, but Samsung’s The Terrace TV is IP55 rated, meaning it is rain and dust proof, and able to work at temperatures between minus 30C and 50C. The TV is best positioned in the shade, and it has a non-reflective, ultra-bright screen that’s designed to automatically adjust to the viewing environment. The 75-inch, 4K-resolution screen is compatible with the highest quality video sources, including Sky Q broadcast images, Blu-ray discs and streaming services such as Netflix and Prime Video. Using a special HD Base-T cable that ensures the signal does not degrade over long distances, the TV can be connected to sources up to 300 feet away.

A cross between a hydrofoil and a surfboard, the Lift 3 F efoil has a fibreglass platform that lifts out of the water thanks to an electric motor and carbon fibre hydrofoil, a kind of underwater wing. Think paddleboarding, only without the need for paddles and at much greater speed — the rider can accelerate up to 30mph using a handheld remote control. The rechargeable battery lasts 60 minutes (a two-hour version is available) with the battery life displayed on the controller. Safety features include auto shut-off when the trigger is released or the controller hits the water, a prop guard and an app with instructional videos.

Sonos wireless smart speakers have consistently impressed in terms of ease of use and performance. The Move is waterproof and shockproof, so it can withstand being knocked about. It’s powerful enough to be used as an everyday indoor speaker but, weighing 3kg and supplied with a charging cradle, it lends itself to outdoor use by the pool or on the lawn (rather than, say, tethered to a backpack — or paraglider). It will yield a good six hours of use at reasonably high volumes and the Sonos app makes it easy to stream sound via WiFi from sources such as Spotify and Apple Music. Bluetooth is also available, for when you are further away from the house.

Take your recreational flying to even greater heights with the two-seater A5 Certified Edition light aircraft, which has folding wings and can be stored on a trailer in most residential garages. The plane (also main picture, top) has a range of 427 nautical miles and is the world’s only light sport aircraft that can take off and land on water as well as solid ground. Safety is paramount: the A5 Certified Edition meets FAA and international standards and has a fail-safe, spin-resistant design with a parachute that allows the entire aircraft to gently descend to the ground in an emergency.