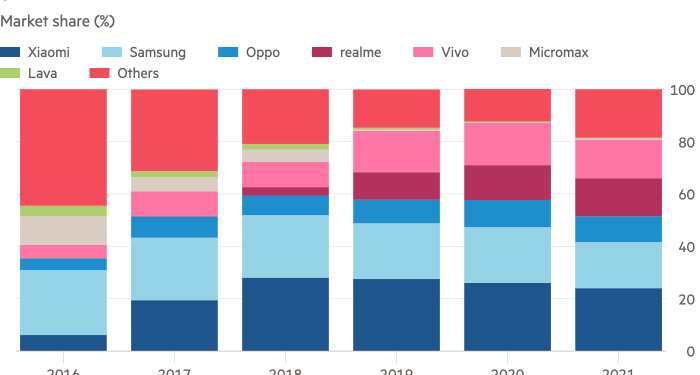 Sony is seeing a smart strategy — growing in gaming, smartphones and automobiles — stymied by supply chain issues hitting its hardware.

Its meeting with investors, which ended today, was a mixture of bold targets for the future and warnings that chip shortages and shipment delays would continue this year.

As Antoni Slodkowski in Tokyo reports, Sony expects to supply imaging sensors — variations on those that have been so successful in smartphone camera modules — to 15 of the world’s top 20 global automakers by 2025.

Terushi Shimizu, the head of the imaging and sensing business, said Sony had invested in a joint-venture with Taiwan Semiconductor Manufacturing Company to build a $7bn chip factory in Japan and wanted to deepen its collaboration to secure stable supplies of logic semiconductors, which are used to control the operation of electronic devices.

On the gaming side, Jim Ryan, president of Sony Interactive Entertainment, said supply issues were his “top priority” and a significant ramping up of PlayStation 5 production was planned for this year.

Sony can sell as many of its latest consoles as it can produce, but has been limited to 20mn units so far since its launch in November 2020. There is also no release date yet for its VR2 virtual-reality headset, although it said in an investor presentation that more than 20 VR games would be available at launch.

Games and services can be developed without any component limitations and Ryan announced that the company was diversifying with the release of nearly half of its new games on mobile or PCs by 2025.

“Ryan dropped a few small bombs during his presentation,” said Tokyo-based gaming analyst Serkan Toto, adding that Sony’s move into mobile and PC gaming was “extremely aggressive” given the company’s modest presence on those platforms to date.

1. Twitter sticks with Egon Durban
Twitter has refused to remove Silver Lake co-chief executive Egon Durban from its board, even after investors voted against his re-election at this week’s shareholder meeting. The social media company said it had reached an agreement that Durban will reduce his board commitments to no more than five public company boards.

2. Xiaomi’s struggle in India
Xiaomi says it has sold more than 200mn smartphones in India, but the Chinese company’s meteoric rise is at risk from the country’s financial enforcement authorities accusing it of unlawfully remitting $725mn abroad. Chloe Cornish reports that the case is being closely watched in terms of the future of Chinese tech groups in India.

3. China’s tech bounce
Chinese tech shares leapt on Friday after the country’s largest internet groups beat first-quarter earnings estimates, despite the damage caused by Beijing’s zero-Covid policy and widespread lockdowns in the world’s second-biggest economy. Lex says more attention should be given to Alibaba’s decision to not provide a forecast for the current fiscal year, which breaks a long-running tradition.

4. Broadcom/VMware — the tale of two billionaires
Broadcom’s Hock Tan and Michael Dell of the eponymous PC maker, architects of more dealmaking coups than many Wall Street veterans, were the key people behind the chipmaker’s $69.1bn takeover of VMware. Our deals team has the tick-tock on how two billionaires put their heads together.

5. Bull markets, bitcoin and the FAAMGs
Bitcoin and FAAMGs (Facebook, Apple, Amazon, Microsoft and Google) are the latest example of a bull market — something new that history can’t be used to discount. Stock market boom and busts occur and recur, abetted by the willing suspension of disbelief, writes co-founder and co-chair of Oaktree Capital Management Howard Marks.

While Sony tries to crank out more PS5s, Microsoft is developing a much simpler device to enable cloud gaming, according to Windows Central. Microsoft announced last year it was working on a game-streaming device, codenamed Keystone, that could be connected to any TV or monitor without the need for a console. However, it appears to be in the middle of a redesign, with a spokesperson telling Windows Central: “We have made the decision to pivot away from the current iteration of the Keystone device.” Any HDMI dongle could also open up Microsoft, which would provide other content such as Netflix-style streaming services. For now, the look and purpose of Keystone remain under wraps.

The war on ‘woke capitalism’