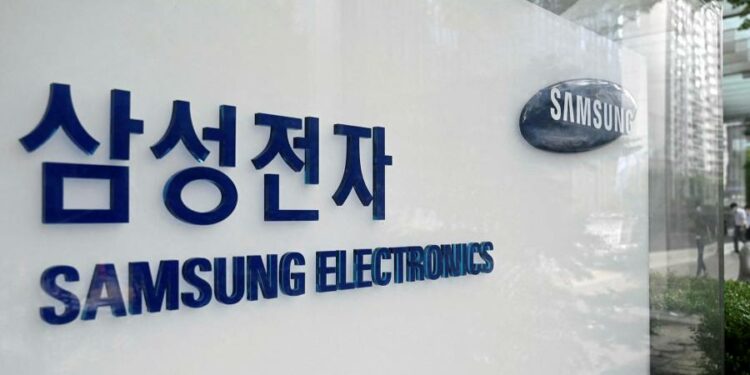 Samsung Electronics has reported a smaller-than-expected operating profit for the second quarter as higher inflation damps consumer demand for mobile phones and other electronic gadgets.

The company is bracing for waning demand in response to rapid price rises worldwide following the pandemic-driven surge in the tech sector over the past two years.

Operating profit for the world’s biggest smartphone and memory chipmaker was estimated at Won14.1tn ($10.73bn) in the April-June period, up 12 per cent from a year earlier.

It marked the company’s highest second-quarter profit in four years but was lower than a Won14.5tn forecast by Refinitiv SmartEstimate. Preliminary results indicate that sales are likely to have increased 22 per cent year on year to Won77.8tn.

Samsung shares have fallen around 25 per cent so far this year but gained 3.5 per cent on Thursday as long-term investors went bargain-hunting in the belief that concern about the sector’s dim outlook has already been priced in.

Shares in crosstown rival SK Hynix gained 1.74 per cent, while TSMC shares jumped more than 5 per cent as Samsung’s firm quarterly earnings from the semiconductor business eased some concern about the looming downturn.

Analysts have recently revised down the South Korean tech giant’s earnings forecasts with consumers and businesses expected to reduce spending as the threat of a global recession rises.

“The industry climate began to deteriorate from the mid-second quarter,” said CW Chung, head of Korea research at Nomura. “Chip prices are likely to fall further in the second half, hit by economic recession.”

Chipmakers including Intel, Micron Technology and Advanced Micro Devices have warned of the looming downturn after two years of robust sales.

Micron last week gave a surprisingly downbeat forecast for the current quarter, citing weak demand for smartphones and computers. It warned that the market had “weakened considerably in a very short period of time”. The US company remained confident about long-term demand.

Last month, Intel said the company would adjust investments as the second-half outlook had become “a lot noisier” over the previous month. AMD flagged a slowdown in PC sales this year while Nvidia has slowed hiring because of falling demand related to crypto mining and video games.

“Semi downturns happen every three to four years, and we could be due for another one,” Bank of America analysts said in a report last week.

Market researcher TrendForce said prices of some DRam chips used in tech devices and servers declined about 12 per cent last month from a year earlier.

Samsung is also facing concern over its weakening semiconductor competitiveness, especially in the foundry business, according to analysts.

The company last month began mass production of 3-nanometer chips, that are more powerful and efficient than predecessors, to take on TSMC in the battle to dominate the high end chip market.

Gartner forecast that global mobile phone sales would fall 7.1 per cent this year, citing inflation, the war in Ukraine and supply chain problems worsened by China’s Covid-19 lockdowns. The research company expects worldwide personal computer shipments to drop by 9.5 per cent this year.

“We believe it will take one to two quarters for the smartphone and PC customers to burn off the excess inventory before starting a rebuild,” Needham analysts wrote in a recent note.

Lee Min-hee, an analyst at BNK Securities, estimated that Samsung’s smartphone shipments had fallen about 16 per cent quarter on quarter to 62mn units in the second quarter.