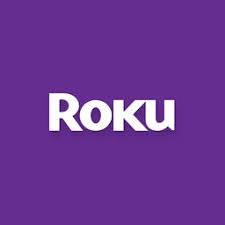 Roku (Ticker: ROKU) plans to launch a marketplace for video subscription services in the coming months, which will allow consumers to sign up for and watch subscription services without the need to download separate apps on Roku devices, Varietyhas learned from multiple sources familiar with the company’s plans. The marketplace is said to be similar to Amazon Channels , a popular à la carte offering available on Fire TV devices.

Roku has long offered access to subscription services like HBO Now and CBS All Access via its channel store. Consumers who want to access any of these services need to download a dedicated app, also called channel in Roku’s vernacular, onto their streaming device, and then sign up for the service either through their TV or through the service provider’s website.

In the future, Roku plans to bring together a number of these paid services in the same channel, making it easier to subscribe to, and then access any premium content, without the need to download and launch different apps. The company has also been working on the next generation of its billing platform, dubbed Roku Pay, to make it easier for consumers to pay for these services.

This approach closely mimics Amazon Channels , a subscription video marketplace launched by the e-commerce giant in late 2015. Offered exclusively to Prime members, Amazon Channels offers consumers the ability to easily sign up for over 235 video subscription services directly from their Fire TV device. Once a consumer signs up for any of these paid channels, its content is not presented in a separate app, but right next to Amazon’s Prime Video catalog.

The simplicity of Channels has led to Amazon becoming a major force in the à la carte subscription business: The Diffusion Group estimated recently that Amazon is selling more than 50% of all online HBO subscriptions in the U.S., far surpassing resellers like Apple and Google. Operators of smaller services have also told Variety in the past that Channels has become a major part of their business.

Roku isn’t the only one taking a cue from Amazon: Bloomberg reported last month that Apple is looking to resell video subscriptions via its TV app, which is available on Apple TV and mobile devices. However, Apple’s subscription marketplace reportedly won’t launch before 2019, whereas Roku is looking to debut its service soon.

Roku’s business model has long been about growing its audience with affordable streaming devices as well as partnerships with TV manufacturers, and then monetizing that audience through ads and services. The company does have some revenue share agreements with paid streaming services in place, but its biggest revenue contributor has been advertising. Revenue from ads and services surpassed Roku’s hardware revenue for the first time in the company’s history in Q1 of this year.

One of the ways the company has grown its ad revenue has been the Roku channel, a free, ad-supported service that aggregates catalog titles from major Hollywood studios and other online content providers. In April, Roku added news from ABC , Cheddar, and others to the Roku Channel, which has since become one of the 10 most popular channels on the company’s devices. At this point, it’s unclear whether paid subscription services would also be directly integrated into the Roku Channel, or launch within a separate channel.