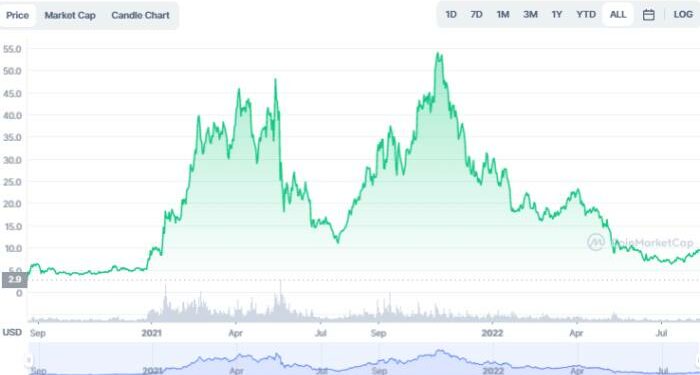 Revolut is so much more than just a sort-of-bank. It’s also an educational facility where punters can “level up [their] knowledge and earn crypto while doing it”.

All the fun’s to be had on Revolut’s app, where users are invited to take four short “lessons” on crypto basics before being tested on what they’ve learned. A promotional email sent out on Thursday claims “almost 1.5mn” customers have now completed the course.

Revolut says the tests were introduced “as a result of research the Financial Conduct Authority conducted into potential user harms around crypto assets”, though a quick scan of said research suggests Revolut’s so-called “learn and earn” scheme may not be what the regulator had in mind.

Also arguable, given how easy it is to immediately start trading one’s winnings on the app, is Revolut’s insistence that the tests allow users to learn about crypto in a “safe and secure” environment.

Details schmetails. Lesson one kicks off with head-scratchers like “what is fiat money?” and how does it differ from crypto. Correctly answer each one and bingo, your Revolut account is credited with £3 in DOT, the token attached to the Polkadot “multi-chain” network.

Founded in 2016 by Ethereum co-founder Gavin Wood, among others, Polkadot (market cap $10.2bn at pixel) had a moment in the sun earlier this year, when the Ukrainian government said it was among the tokens it would accept as donations to the war effort.

The people of Ukraine are grateful for the support and donations from the global crypto community as we protect our freedom. We are now accepting Polkadot donations too: $DOT: 1x8aa2N2Ar9SQweJv9vsuZn3WYDHu7gMQu1RePjZuBe33Hv.
More cryptocurrencies to be accepted soon.

But back to those Revolut lessons, the second of which probes understanding of private and public keys and cryptography more broadly in exchange for a £1 DOT reward.

Test three is far from herculean. What’s a blockchain? Who can see one? How is it different to a regular database? Again, an extra £1 of DOT awaits those with access to Google in the know.

The fourth and final test focuses on risk — perhaps a touchy subject at Revolut given the wave of resignations from its risk and compliance division in July, as per a City AM report:

Efforts look to be underway to replace those lost expertise. Revolut — still waiting for its UK banking license — is currently advertising for 27 positions across risk, compliance and audit on top of 80 positions at its “support and FinCrime” division.

One role at a recently established Complex Investigations Unit stipulates that a lucky candidate “will be responsible for intelligence development, investigation, reporting and internal and external liaison in relation to fraud, money laundering, terrorist financing and other financial crimes”. (Applicants are not required to have passed the Revolut “learn and earn” tests.)

“Look at DOGE,” reads the intro for question number four. “The internet decided they loved that furry little face and the price went through the roof.” The pop-up neglects to mention how the token’s price is down 73 per cent since June 2021, when Revolut added it to a list of round 100 altcoins such as Shiba Inu (current price £0.00001) that users can buy on its app.

After cruising through all four tests, users are swiftly encouraged to take a further five about Polkadot, correct answers to all of which award you a further £10 of the stuff. Here the questions get a little more esoteric, however: Parachains, relay chains, parathreads and bridges all feature.

But one can only quiz for so long. For light relief, we peered into Revolut’s hard-hitting crypto-related newsfeed, compiled of general market information and articles specific to a users’ nascent crypto portfolio. The top story on Thursday? “3 signs Ethereum price is on track toward $2.5K by September”. Happy trading everyone, and vive la Révolution.