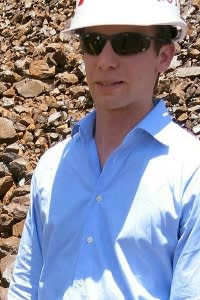 Odey Asset Management has called on Shell to drop its appeal against a landmark Dutch court ruling targeting its climate strategy and instead to fund an independent body to audit the emissions of every oil and gas company.

The call from the London-based hedge fund, which has acquired about $70mn of Shell shares since the start of 2021, comes as Europe’s biggest oil company prepares for shareholders to vote on its energy transition strategy at its annual general meeting next week.

In a letter to chief executive Ben van Beurden, Odey said it would vote for Shell’s strategy even though it had “some sympathy with those questioning its transparency and apparent ambiguity”.

Fund manager Henry Steel, who wrote the letter, told the Financial Times that Shell was “sending the wrong signals” by appealing against last year’s Dutch ruling ordering the oil major to cut its emissions by 45 per cent by 2030.

Shell has since pledged to reduce emissions from its own operations, known as scope 1 and scope 2, by 50 per cent by 2030 but it has appealed against the court decision. The UK-headquartered company argues it cannot be bound to targets for scope 3 emissions from the fuel it sells, which it says are beyond its control, particularly while governments are doing little to reduce demand.

Odey has proposed that Shell drop its opposition and instead start its own European litigation to impose the same ruling on all oil and gas companies to create a level playing field.

Shell should also fund the creation of an independent auditor to review emissions data published by each oil and gas company in the same way that financial results are audited, Odey said in the letter.

Companies currently publish their own figures and often use different methodologies, which makes them difficult to compare, Steel said.

“If you’re going to have credibility and the trust of the society then the whole industry needs to have a clearly independent auditor of emissions, who other stakeholders can hold accountable,” he said.

Shell said it would review Odey’s recommendations. “Meaningful dialogue with investors is central to how we determine our approach and we have engaged with Odey as part of our programme of regular investor engagements,” it said.

Odey’s $70mn in Shell shares represent about 0.03 per cent of the company’s stock.

Shell, which simplified its Anglo-Dutch structure in December by relocating its headquarters to London, was one of the first oil majors to put its net zero emissions strategy to a vote last May. Nearly 89 per cent of shareholders backed the proposal, though that fell short of the 95 per cent that is usual for resolutions put forward by management.

At the same meeting 30 per cent of shareholders voted in favour of a rival resolution from Dutch shareholder activist group Follow This, which called for the oil company to set more “inspirational” targets.

Follow This, which submits the same resolution at other oil companies, has so far been less successful this voting season with fewer shareholders backing its resolution at BP than had done in 2021.

BlackRock, the world’s largest money manager, has already said it will support fewer shareholder resolutions on climate change this year, some of which it said had become too extreme or too prescriptive.

Hungary’s MOL prepares to move away from Russian oil