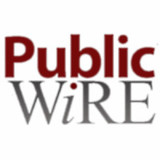 Maven to Launch Sports Network in Partnership with The Sports Xchange

Maven is adding team-sports “franchises” to its wide-ranging coalition of elite independent publishers (“mavens”) by re-launching a business model their founders invented over 20 years ago at Rivals.com. Maven is partnering with The Sports Xchange (TSX) to deploy a nationwide, professional network of sports journalists who will provide authentic, on-the-ground content, analysis and community engagement for fans of every pro and major college team in North America.

This alliance brings together two legendary sports media entrepreneurs to launch a modern and more ambitious version of their past sports ventures. Maven (ticker symbol MVEN) is led by CEO James Heckman, former senior executive from Yahoo! and Fox, founder of Rivals.com, Scout.com, NFL Exclusive and publisher of over 100 sports publications. The Sports Xchange is led by award-winning journalist Frank Cooney, who founded TSX three decades ago and built a team of hundreds of journalists delivering original content to major media partners like USA Today, Tribune, FOX Sports, CBS Sports, ESPN and others.

The new sports network will debut ahead of this upcoming football season, with veteran journalists launched for all 32 NFL teams and every major college football power. They will be followed by publishers for every major professional team in every league. Each team-centric maven — hand-picked by TSX — will be awarded franchises built on Maven’s platform. Maven and TSX meld the best of two worlds: state-of-the-art community engagement, video and publishing tools with old-fashioned, credentialed, shoe-leather journalism.

“In recent years, actual sports journalism has been displaced by teams of digital marketers in New York, who create clickbait memes, silly videos, lists and sophomoric social posts intended to trick users into a profitable reaction. It’s frankly an insult to real sports fans and so we look forward to bringing authenticity back to the industry,” Heckman said. “This alliance empowers true journalists with the opportunity to not only win, but own their own sustainable media business.”

Maven’s platform offers team breaking news alerts within a custom app as well as network navigation and single-sign-on access so fans can engage across teams and leagues. In addition, a real-time mobile video platform allows publishers to provide fans instant visual access to interviews from the field, and a social platform similar to Facebook’s “content-aggregation” means fan engagement is no longer separated from professional news.

“The overall consumer experience we’re bringing to the sports world cannot be matched, certainly not at the team level,” said Heckman.

“Our combined mission is to restore and support professional journalism,” said Cooney. “By empowering credentialled, authentic, veteran writers with the same social and technical tools that actually created the quality vacuum, we can totally change the game for the industry and reintroduce quality to the marketplace for fans.”

The Sports Xchange (TSX), a multimedia sports publishing company, is a division of Fourth Estate Inc. TSX is a privately held company founded in 1987 by Frank Cooney, who is the CEO and publisher. Maven and The Fourth Estate Inc. are creating a syndication agreement with TSX.

Maven is a coalition of mavens operating on a shared digital publishing, advertising and distribution platform, unified under a single media brand. Based in Seattle, Maven is publicly traded under the ticker symbol MVEN and can be found at Maven.io.