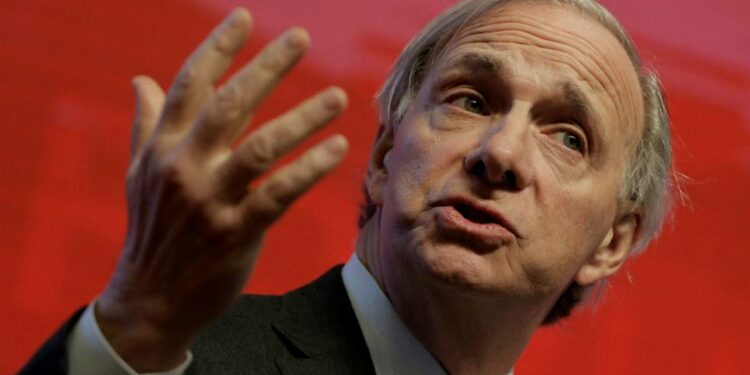 Soaring inflation may be putting the frighteners on investors and consumers alike, but one group of traders is taking full advantage.

Global macro hedge funds, made famous by the likes of George Soros and Louis Bacon, are enjoying their biggest gains in years as inflation unlocks some of their favourite trades in bond and commodity markets.

Macro trading this year is “great”, said a senior executive at one of the world’s biggest hedge funds, highlighting opportunities thrown up by inflation and bond market moves.

Some managers have “done exceptionally well in areas like commodities and directional [interest] rates trading in response to the changing inflation dynamic”, says Aurum Research.

Market moves this year have been particularly favourable for macro funds that seek strong trends. The yield on the interest rate-sensitive two-year Treasury bond has rocketed from 0.7 per cent to 3.1 per cent, as central banks race to try to tame runaway consumer price growth.

Another attractive trade has been betting on the near continuous narrowing of the gap between two-year and 10-year US bond yields. The US yield curve is actually now inverted with short-term rates rising above longer-term ones. Sharp swings in commodity prices have also been profitable bets for many.

Among the winners is Ray Dalio’s Bridgewater Pure Alpha, which has made 21.5 per cent this year to the end of July, helped by bets that policymakers and markets would eventually have to respond to building inflationary pressures and tightening monetary conditions. The macro fund managed by Caxton chief executive Andrew Law, who at the end of 2020 predicted a “great reflation”, has also gained 24.9 per cent, helped by bets on stagflation.

Macro funds on average are up 8.5 per cent in the first half of the year, according to data group HFR. This summer, Kenneth Tropin, founder of $18bn-in-assets Graham Capital, told the Financial Times he “can’t recall a more interesting time to be a macro investor since the financial crisis”.

The market moves have yielded some of this year’s most eye-popping returns. Crispin Odey, long a lone prophet of high inflation who has suffered a string of losses in recent years, has gained about 115 per cent in his European fund this year. New York-based macro fund Haidar Capital is up about 170 per cent.

The gains stand in stark contrast to the wider hedge fund industry, much of which is having a year to forget. Hedge funds are on average down 5.6 per cent, according to HFR, with equity-focused funds particularly hard hit. Many managers have found themselves owning too many overpriced technology stocks that have been hammered by rising interest rates, and have offered little in the way of a hedge to investors.

Unlike many of their equity fund peers, macro managers are not dependent on rising markets for their gains. Rather, they look for volatility in bond, currency and other markets.

For much of the past decade, that proved elusive as central bank stimulus suppressed market volatility and squashed their favourite trades. Bets that bond yields would rise from ultra-low levels often failed.

But last autumn marked a turning point. Markets suddenly began to worry that the central bank narrative of raising interest rates only very slowly was not to be trusted after all. Some funds, most notably Chris Rokos’s Rokos Capital, were caught out as bond market volatility returned.

Some managers now warn that the market is being far too optimistic about the Federal Reserve’s ability to tame inflation quickly, pointing to the inversion of the US yield curve as a harbinger of tougher times to come. Normally, investors seek higher yields to compensate for the risk of holding bonds for longer. A yield curve inversion is a sign that investors expect interest rate rises to cause an economic downturn that would eventually lead to a loosening of monetary policy.

Decio Nascimento, chief investment officer at hedge fund firm Norbury Partners, which is up about 7 per cent this year, says market confidence in how quickly US inflation will fall back to 2 per cent is “preposterous” compared with historical precedent.

Odey, meanwhile, expects the market’s “cast-iron belief” that the Fed has done enough to control inflation will be undermined this autumn. As markets adjust, he expects large sell-offs in conventional government bonds and big gains in index-linked bonds, according to an investor letter seen by the FT.

If managers such as Odey are right, then investors and consumers may have to get used to high inflation for some time yet. But for macro funds, the trading opportunities may have only just begun.