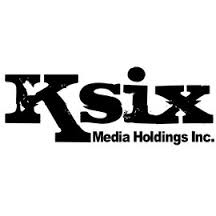 I am pleased to report on our accomplishments over the past year as well as the opportunities ahead of us. Most importantly on December 14, 2016, we completed definitive agreements with True Wireless, increasing revenues from $2.8 million in 2015 to over $16 million, incorporating True Wireless’ $13.1 million 2016 revenues. The final acquisition of assets is subject to FCC approval.

The foundation for working with True Wireless began in October of 2015 when we acquired Digitize IQ, which greatly expanded our digital marketing offerings including a proprietary online marketing technology. Digital IQ’s revenues were concentrated in the mass tort sector and a primary goal for 2016 was to apply these methodologies into additional industry verticals to grow revenue. Several months ago, we started working with True Wireless developing an online marketing strategy that successfully increased their 3rd and 4th quarter revenues by 49%. In addition, new customer acquisition costs were reduced by over 250%.

True Wireless is an eligible telecommunication carrier providing discounted and subsidized wireless (cell phone) services to those who qualify under the Lifeline Program within five states (OK, TX, AR, RI and AR). The Lifeline Program was originally adopted with the Lifeline Telephone Service Act of 1985 with the goal of ensuring that all Americans have access to phone service in order to connect to job, family and emergency services. The services provided by True Wireless make a difference in peoples lives.

The FCC recently completed a comprehensive reform and modernization of the Lifeline Program that became effective March 31, 2016. There was a transition time for all companies offering the Lifeline Program as the FCC reviewed enforcement and compliance issues while developing their changes to the Lifeline Program Act. A significant outcome of the modernization was to include broadband and data services. After updating their service plans to meet the new broadband standards, True Wireless announced on December 29, 2016 the launch of broadband programs in their five operating states. There are many positive impacts of the broadband service including an extended one year service agreement. The addition of broadband and data to the previously voice only program opens many new avenues of service to True Wireless.

The Lifeline Program is administered by the Universal Service Administration Company (USAC) and is funded by payments made to USAC from telecommunication companies, not tax dollars. The USAC reported that in October of 2015 only 13 million households used the Lifeline Program, which is about 33% of the 39.7 million eligible US households. While we estimate about 17 million households currently receive services there is a tremendous untapped market of over 23 million American households. We anticipate that the addition of broadband and data services will also significantly increase utilization.

True Wireless has a proven track record with a high level of service and unique product offerings within the Lifeline Program telecommunication services. KSIX brings True Wireless new marketing avenues to reach an increased market share. It is important to note, that these new avenues do not replace the traditional and proven methods that have led to True Wireless’ success, but rather are additive new on-line strategies to complement the existing programs. We are already seeing the positive results of these programs and we will focus on ramping both traditional and new media initiatives in 2017. KSIX will also introduce more data management to provide additional consumer service offerings and revenue opportunities to True Wireless.

Working with Brian Cox, CEO and Mike Fina, President of True Wireless we are developing a growth plan for 2017 that includes organic growth within the current five operating states as well as applying for both additional states and a national broadband license that would allow operations in all states. We are also creating additional product offerings that can be marketed to the True Wireless customer base. Prior to the FCC restructuring of compliance programs, Mr. Cox and Mr. Fina have been and continue to be extraordinary assets to the company bringing years of experience that achieved $61 million in revenue for True Wireless. With True Wireless addressing an extensive review of its regulatory FCC procedures and successful completion of their biannual FCC audit. There is no reason we cannot look to rebuild these revenues under the newly adopted March 31, 2016 comprehensive reform and modernization of the Lifeline Program, which creates additional opportunity within broadband services.

While KSIX remains a diversified media and internet company, our focus will shift to True Wireless as a telecommunications company. We will continue to operate KSIX, LLC and Digitize IQ Divisions as they are complementary to True Wireless as well as significant revenue sources for the Company. The synergy between KSIX and True Wireless divisions provides an in-house asset to market. This allows us more control to manage our revenues as well as provide a significant marketing advantage to True Wireless in on-line marketing programs. The approval of either national broadband or additional states as well as new product offerings may dramatically increase these revenues.

We are working closely with Mr. Cox and Mr. Fina in developing new bundled services for True Wireless to continue their tradition of providing the highest level of service within the Lifeline Program. We will also look to begin the process and application for national broadband approval and additional state approvals as soon as feasible. We look forward to reporting on accomplishments of these initiatives in the foreseeable future.

Lastly, I would also like to take this opportunity to thank the extremely talented and productive teams within both KSIX and True Wireless. While we have a great deal of hard work ahead, this is an exciting time for KSIX and our shareholders as we are uniquely positioned to increase market share given the quality of our service combined with our proprietary customer acquisition marketing systems. We look forward to building True Wireless into a national brand and leader in the Lifeline Program sector.

Thank you for your support and confidence as we seek to create greater success for a prosperous 2017 and long-term company growth for our shareholders.

For more on this press release watch our webcast interview on the Investor Town Hall Show: https://www.youtube.com/watch?v=GowRcSt9Q_M

Stay up to date with more interviews on the InvestorTownHall.com YouTube Channel: https://www.youtube.com/channel/UCbTPFozUQq53Hzgjkhm3_MQ

ABOUT TRUE WIRELESS, LLC True Wireless LLC, an Oklahoma company, is an eligible telecommunications carrier providing discounted and subsidized wireless (cell phone) service to those who qualify. We provide government sponsored/supported cell phone service in Texas (TX), Oklahoma (OK), Arkansas (AR), Maryland (MD) and Rhode Island (RI). The service is subsidized under the Lifeline program. Americans who enroll in the program must qualify and maintain compliance.