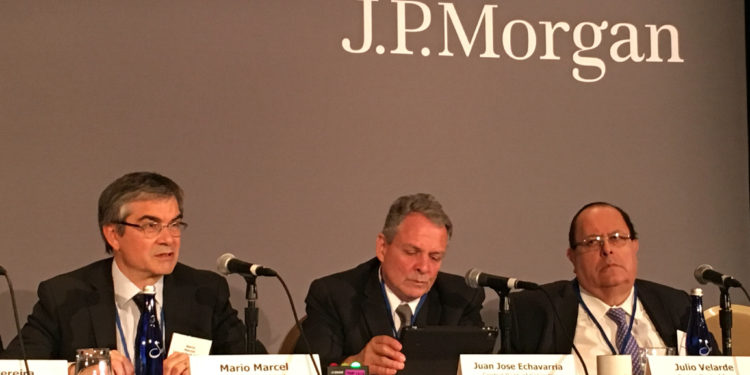 JP Morgan’s co-president, Daniel Pinto, shared his positive views in the coming years, especially in the longstanding trade conflict between the United States and China. In an exclusive interview with CNBC, Pinto said that he is “relatively positive.”

“When you look around in the U.S. or Europe, the consumer sector is doing quite well. We haven’t seen any deterioration in delinquencies or changing consumer patterns or anything like that,” he said.

“The consumer sector is the bulk of the economy and still doing well. The corporate sector has been driven by different factors, particularly uncertainty related to the U.S.-China situation. That led to less spending on CAPEX and reduced inventories. At some point, those will need to pick up.”

For the co-president, who has seen the bank as it managed to become the most prominent Wall Street firm by revenue as European competitors like Deutsche Bank struggled, the Americ-Sino trade war will most likely create a “momentum and then you’ll see the economy stabilizing.” He also said that he doesn’t “think 2020 will be a blowout year in the U.S., but we’re talking about 1.5, 1.8% growth, which is fine.”

“Once some form of a trade deal happens, it will take care of the front page of the newspaper. The rest of the issues, the ones that are difficult to solve like IP, political issues, they will still be there over time. These are natural tensions between the world’s two superpowers,” Pinto added.

Pinto has led J.P. Morgan Chase’s corporate and investment bank since 2014. He also served as J.P. Morgan’s co-president and co-chief operating officer for the last two years, making him an essential right-hand to CEO Jamie Dimon.