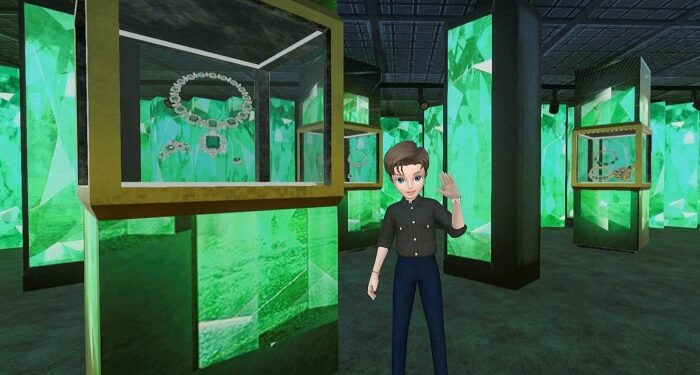 Jewellers and watchmakers grapple with when to enter the metaverse

For Jean-Christophe Babin, chief executive of Bulgari, the question is not whether luxury goods brands should enter the metaverse . . . but how. He worries about his high-end jewellery being “worn by a cubic avatar that looks like three pieces of Lego put together”. But he can imagine a Bulgari “gem discovery game”.

The metaverse is a term coined by Neal Stephenson, in his 1992 science fiction novel Snow Crash, for a “computer-generated universe” in which people communicate via avatars.

Today, its meaning varies. “[It is] partly a dream of the future of the internet and partly a way to encapsulate current trends in online infrastructure, including the growth of real-time 3D worlds,” according to Metaverse and Money: Decrypting the Future, a report published by Citi GPS in March.

“If you have a business model that in any way touches the internet, or you think your next generation of consumers will be using the internet to experience, choose, decide, transact, then you have to be interested in the metaverse,” he argues.

“It’s just the next generation of the internet if you take that broad definition.”

Video: Game on: how tech companies are betting on the metaverse | FT Film

Citi’s report estimates that the target market for the metaverse economy could be worth between $8tn and $13tn in 2030, so it is no surprise that watch and jewellery brands have increased investment.

At Bulgari, improving technology to make “more elegant” avatars is one of the tasks facing its innovation business unit, which was launched in 2020 and has a creative laboratory in Rome.

Meanwhile, Tag Heuer, the Swiss watchmaker, advanced its digital strategy last month with the launch of an non-fungible token viewer for its Connected Calibre E4 smartwatch. This feature, available as a free update, allows owners to display NFTs — digital tokens stored on a blockchain, representing unique assets such as art or media, and viewable on wallet apps — on their watchface. The watch connects to the owner’s wallet app in order to verify authenticity.

Frédéric Arnault, chief executive of Tag Heuer, which is owned by LVMH, says it “feels natural” for the company to investigate this world but that it doesn’t “want to jump on it too fast”. “We don’t want it to feel opportunistic,” he says. “We want to come with a real vision that we’ll be able to sustain and that will drive value.”

Arnault, a collector of NFTs, says his brand is going after NFT enthusiasts. “It is very important as a starting point to acknowledge and respect the community, and so we deliver a feature and a product that is useful and exciting for the community,” he says.

In May, Tag Heuer started to accept 12 cryptocurrencies, including bitcoin and ethereum, for purchases on its US website, but it is yet to issue its own NFTs.

Thomas Chauvet, head of luxury goods equity research at Citi, believes that, apart from connected watches, brands are not yet ready to explore the commercial opportunities of the metaverse, in much the same way that they were initially reluctant to embrace ecommerce.

Instead, he says, they will focus on it as a “communication tool” or “authentication opportunity”.

Buyers of the Radiomir Eilean Experience Edition watch — it is limited to 50 pieces — were invited to sail along Italy’s Amalfi coast aboard a classic yacht after which the watch was named, and received a digital wallet. This included an NFT artwork, by Skygolpe, which unlocked exclusive content, services, events and offers.

“We wanted to add this NFT to bring added value to customers to say we will connect with you before the experience starts, during the experience, and after the experience.,” says Pontroué. “The NFT is a modern platform to connect people who love our brand.”

Panerai, which is owned by Richemont, plans to give every watch a digital passport next year. This is something Breitling has done since 2020 to allow owners to prove a watch’s authenticity, as well as access the warranty programme.

Both watchmakers have partnered with Arianee, a French company that helps brands to create and distribute NFTs and leverage the tokens. Pierre-Nicolas Hurstel, Arianee chief executive, calls it “a new loyalty tool”.

It transforms the relationship between brands and communities, he says, because the customer keeps control of their data. At the same time, the brand regains control of its digital presence as it no longer has to rely on platforms such as Instagram to reach customers.

“The overarching goal is to build a decentralised database of owners that you can then engage thanks to the mechanisms of NFTs, to whom you can offer a seamless journey across [digital, physical and immersive] channels,” Hurstel says.

In March, Bulgari launched the Octo Finissimo Ultra, the world’s thinnest mechanical watch, which is limited to just 10 pieces. Each watch has a QR code on the barrel’s ratchet wheel which gives the owner access to an NFT artwork. They can also access a virtual 3D tour of the movement and practical data such as the maintenance logbook.

Two necklaces in the latest high jewellery collection, Bulgari Eden, the Gardens of Wonders, have QR codes that link to NFT artworks. The house also revealed the digital-only Beyond Wonder, its “first NFT jewel”, at the same time.

Babin says the challenge in expanding this technology is making the digital assets “really dynamic”. “But I believe that [with] this side of the metaverse we bind clients [to the brand] in a much more intimate, emotional, immersive way,” he says.

His first priority, however, is to create “more touch points” to reach potential clients as the metaverse opens the door to “better visibility” and a “broader audience”. He is conscious that, as a luxury brand, Bulgari has to be selective: its inroads will be “extremely beautiful”.

Last year, the Bulgari Colors exhibition attracted nearly 50,000 people in Seoul, South Korea. More than 10,000 people downloaded an app to experience a virtual-reality version of the show, in which users could style an avatar and explore pieces on display.

Users of Drest, a fashion game, could style a Kate Moss avatar with pieces from the supermodel’s high jewellery collection with Messika. The jeweller joined the app for two weeks this year to build brand awareness and nearly 4mn people saw the content.

“There are more and more younger people who are rich, and they want to know new brands, and this new generation has a new way of living, a new way of consuming [content],” says Valérie Messika, the founder of the French diamond house.

Ghose also points to the “huge amount of wealth generation in the technology industry” that luxury brands may wish to target, people who are “digitally native” and either invested or interested in the metaverse.

He says there is a lot of behind-the-scenes experimentation as companies adapt their digital strategies. “Ignoring [the metaverse] is going to be very dangerous in three years’ time,” he says.