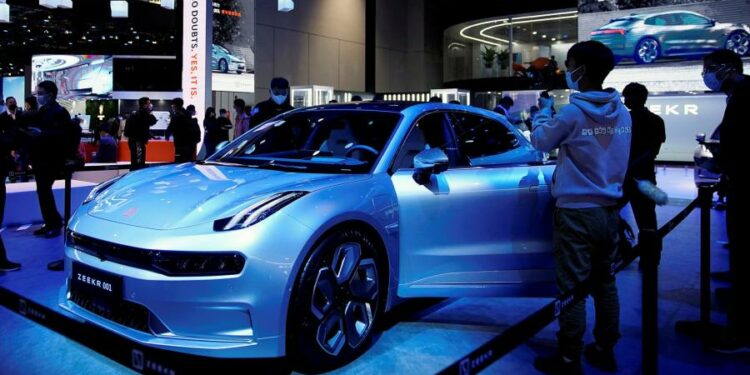 Just as Apple wants to build its own car, Chinese automaker Geely now wants to make smartphones. A subsidiary of Zhejiang Geely Holding, parent company of Volvo Cars and Hong Kong listed Geely Auto, it has completed the acquisition of a majority stake in local smartphone maker Meizu. This is just what the Geely group needs.

Meizu has not enjoyed much success in the smartphone market despite a nearly two-decade history, some competitive technology and a premium line-up. On its own it has little chance of taking on local rivals, let alone Apple and Samsung on the global stage. Bigger forces are at play too. Global smartphone shipments fell more than a tenth year on year in the first quarter, with China’s falling 17 per cent.

Yet for Geely Auto, the timing seems perfect. Net profit fell 12 per cent to Rmb4.7bn last year. Swedish subsidiary Volvo Cars’ sales growth has slowed. Its reported sales dropped 27 per cent to 49,900 cars in June compared with the previous year. US sales fell 31 per cent.

Meanwhile, Geely Auto’s mass market electric car brand Geometry, which caters to a younger buyer, is taking off locally with sales up a record 145 per cent last year. That has also boosted demand for services to sync smartphone apps with its car entertainment systems. Income from new businesses including technical services and licensing have more than doubled last year.

Unlike the rest of the world where Apple and Samsung dominate the high-end segment, in China local rivals Honor, Vivo and Oppo have recorded surprisingly strong growth for their premium smartphone models priced at more than $600. Oppo’s sales here grew 140 per cent last year. But Huawei has dropped out of the top five smartphone makers as US sanctions bite.

Shares of Geely are down 30 per cent in the past year, despite a fat dividend payout ratio of 35 per cent, partly due to growing competition in the local electric car market. Yet a hit smartphone launch could just give a sales and marketing boost for its cars.