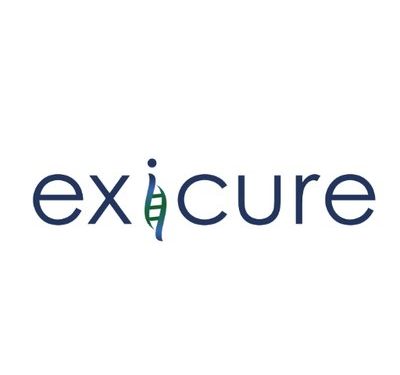 “We’re very proud of our achievements on each of our strategic
priorities for 2018,” said Dr. David Giljohann, Chief Executive Officer
of Exicure. “We drove two programs through Phase 1 clinical trials while
laying the foundation for expanding our pipeline in neurology, rare
dermatology, ophthalmology and gastroenterology. We also strengthened
the management of our company and our access to capital. In the coming
year, we expect to execute and advance our ongoing clinical programs,
while expanding into new therapeutic areas,” Giljohann concluded.

Key achievements for Exicure during 2018 include:

AST-008: AST-008 is an SNA consisting of toll-like receptor 9, or
TLR9, agonists designed for immuno-oncology applications. The company
began subject dosing of AST-008 in a Phase 1 clinical trial during the
fourth quarter 2017 and the trial completed in September of 2018.
AST-008 was shown to be safe and tolerable in all subjects, with no
serious adverse events and no dose limiting toxicity. During the fourth
quarter of 2018, the FDA opened the IND for AST-008 and informed
the Company that our proposed Phase 1b/2 trial may proceed. During early
2019, we opened four clinical sites and began dosing and recruiting
patients in that trial.

XCUR17: XCUR17 is an antisense SNA that targets the mRNA
encoding IL-17RA, a protein that is considered essential in the
initiation and maintenance of psoriasis. In the fourth quarter of 2018,
we reported results from the Phase 1 trial of XCUR17. Of the twenty-one
treated patients, eleven treated with the highest strength XCUR17 gel
were observed to have a reduction in redness and improvement in healing
as determined by blinded physician assessments. Further, the highest
strength XCUR17 gel showed a statistically significant improvement in
psoriasis symptoms versus the vehicle gel. By comparison, seventeen of
the twenty-one patients treated with the positive comparator showed a
clinical response, while four patients treated with the placebo vehicle
had a clinical response.

General and Administrative Expense: General and administrative
expense was $7.8 million for the year ended December 31, 2018 and $7.0
million for the year ended December 31, 2017, an increase of $0.8
million. This increase was due to higher costs of $0.9 million
associated with being a public company, including higher expense for
investor and public relations and director and officer insurance, as
well as higher compensation and related expense of $0.5 million
associated with salary increases and the addition of an executive during
2018, partially offset by lower legal and accounting costs of $0.7
million resulting from a change in mix of transaction support in 2018 as
compared to 2017.

Cash Runway Guidance: Exicure believes that, based on its current
operating plans and as of the date of this press release, its existing
cash and cash equivalents as of December 31, 2018 is sufficient to meet
its anticipated cash requirements into early 2020.

Exicure, Inc. is a clinical-stage biotechnology company developing
therapeutics for immuno-oncology, inflammatory diseases and genetic
disorders based on our proprietary Spherical Nucleic Acid, or SNA
technology. We believe Exicure’s proprietary SNA architecture has
distinct chemical and biological properties that may provide advantages
over other nucleic acid therapeutics and may have therapeutic potential
to target diseases not typically addressed with other nucleic acid
therapeutics. Exicure’s lead program is in a Phase1b/2 trial in patients
with advanced solid tumors. Exicure is based outside of Chicago, IL. www.exicuretx.com

This press release contains forward-looking statements (including within
the meaning of Section 21E of the United States Securities Exchange Act
of 1934, as amended, and Section 27A of the United States Securities Act
of 1933, as amended) concerning the Company, the Company’s technology,
potential therapies, cash requirements and other matters.
Forward-looking statements generally include statements that are
predictive in nature and depend upon or refer to future events or
conditions, and include words such as “may,” “will,” “should,” “would,”
“expect,” “plan,” “believe,” “intend,” “look forward,” and other similar
expressions among others. Statements that are not historical facts are
forward-looking statements. Forward-looking statements are based on
current beliefs and assumptions that are subject to risks and
uncertainties and are not guarantees of future performance. Actual
results could differ materially from those contained in any
forward-looking statement as a result of various factors, including,
without limitation: unexpected costs, charges or expenses that reduce
cash runway; that Exicure’s pre-clinical or clinical programs do not
advance or result in approved products on a timely or cost effective
basis or at all; the cost, timing and results of clinical trials; that
many drug candidates that have completed Phase 1 trials do not become
approved drugs on a timely or cost effective basis or at all; the
ability to enroll patients in clinical trials; possible safety and
efficacy concerns; regulatory developments; and the ability of Exicure
to protect its intellectual property rights. Risks facing the Company
and its programs are set forth in the Company’s filings with the SEC.
Except as required by applicable law, the Company undertakes no
obligation to revise or update any forward-looking statement, or to make
any other forward-looking statements, whether as a result of new
information, future events or otherwise.