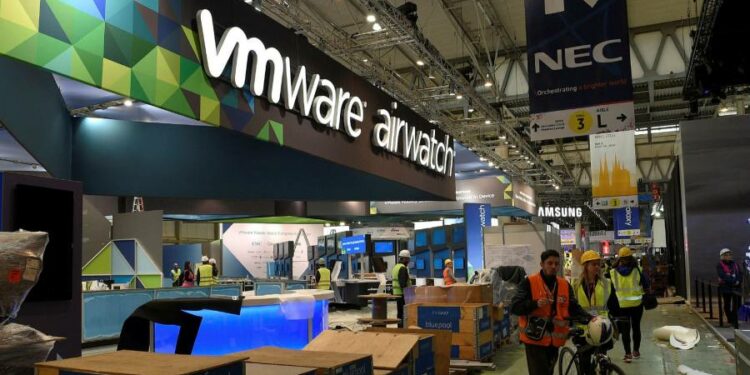 Dell spins off $64bn VMware as it battles debt hangover

PC pioneer Michael Dell is set to cap his climb back to the top of the computing world on Monday with one of the largest corporate spin-offs.

Dell Technologies will shed its 81 per cent stake in publicly traded VMware, creating an independent software company with a stock market value of nearly $64bn. Dell’s remaining hardware operations have an implied value of $33bn, based on its latest share price.

The transaction, first disclosed in April, completes an eight-year saga in which the Texan entrepreneur turned his $3.8bn interest in an out-of-favour PC maker into a personal stake in a broader data centre hardware and software empire worth $40bn.

Beginning with the buyout of his PC company, Dell went on to devour server and storage company EMC for $67bn, before taking the group public again in 2018. Along the way, he fought heated battles with dissident shareholders over claims that he bought Dell on the cheap and used complex financial engineering in the EMC deal to short-change investors.

Silver Lake, the Silicon Valley private equity group that helped to mastermind the dealmaking, will be left with stakes in Dell and VMware worth $11bn.

Dell at one stage hoped to keep control of VMware as part of a broader hardware and software federation, but changed course after its return to Wall Street received a cool reception from investors.

After the spin-off, Dell will be “a simpler company with a better capital structure”, said Krish Sankar, an analyst at Cowen. In other moves to try to appeal to a wider group of investors, Dell has said it will start paying a dividend and is giving up its multiple-class share structure.

Dell has been weighed down by debt, after borrowing about $70bn to finance its dealmaking. As part of the spin-off, VMware is paying a special dividend to shareholders of about $12bn, helping Dell lighten a remaining net debt load that stood at $32bn at the end of July.

Wall Street has also been wary of the complex financial engineering used to hold together the heavily-indebted group. A year ago, after deducting the value of its VMware stake, Dell’s share price ascribed virtually no value to its remaining tech hardware business. Thanks partly to the plans for VMware, Dell’s shares have since risen more than 80 per cent, giving it an implied stock market value of nearly $33bn after the spin-off.

Compared with Michael Dell’s original business, Dell Technologies now sells a wider range of gear for corporate data centres, though roughly 60 per cent of its revenue still comes from PCs. The company was buoyed by the work-from-home boom in PC sales, and is now pinning its hopes on the new market for “edge computing”, as some of the computing power in centralised cloud data centres moves to smaller, local facilities closer to users.

VMware, meanwhile, is set to regain its independence 18 years after it was bought by EMC for less than $1bn, in what turned out to be one of the most successful tech acquisitions. The separation from Dell will free it from that company’s focus on corporate data centres, and give it more freedom to invest and make acquisitions focusing on cloud computing, said Sumit Dhawan, VMware’s president.