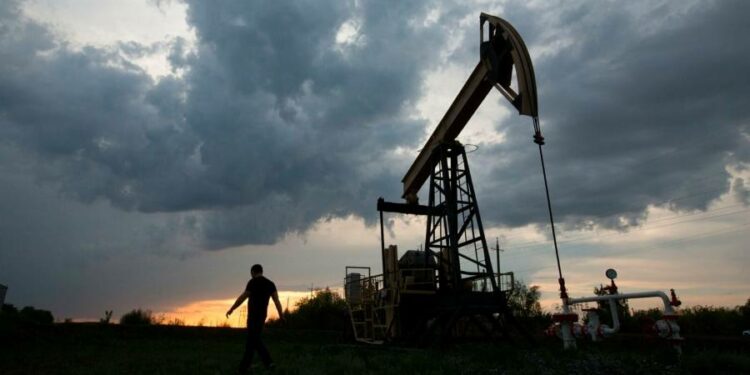 Western sanctions have had “limited impact” on Russian oil output since the start of the war in Ukraine, the International Energy Agency said on Thursday, as it raised its forecast for Russian crude production into 2023.

Moscow’s exports of crude and oil products to Europe, the US, Japan and Korea had fallen by nearly 2.2mn barrels a day since its full-scale invasion of Ukraine, the Paris-based group said. But the rerouting of flows to countries including India, China and Turkey had mitigated financial losses for the Kremlin.

Russian oil production in July was only 310,000 b/d below prewar levels, a fall of less than 3 per cent, while total oil exports were down about 580,000 b/d, according to the IEA’s latest monthly oil report. As a result, Russia would have generated $19bn in oil export revenues last month, and $21bn in June, the IEA’s data showed.

“Asian buyers have stepped in to take advantage of cheap crude,” the IEA said, with China having overtaken the EU as the biggest importer of Russian crude in June.

Increased demand for Russian crude compared with earlier in the year also meant that the discounts being paid for Russian cargoes had narrowed, it said.

Although an EU embargo on Russian crude and products — due to come into full effect in February 2023 — would result in further declines in European imports, “some policymakers have suggested a possible softening of measures”, it added.

Last month, the EU loosened its restrictions on supplying Russian oil to countries outside of the bloc. Meanwhile, the US is pushing G7 countries to support a price cap mechanism that would allow some Russian oil to reach third countries as long as they agreed to pay a below-market price for the cargo.

The revised Russian outlook came as the IEA also increased its global oil demand forecast for 2022 by 380,000 b/d, despite signs of an economic slowdown.

Record European prices for natural gas following the invasion had spurred “substantial” gas-to-oil switching for power generation that is set to boost crude consumption for the rest of the year even as demand growth from other parts of the economy slows.

Oil use for power generation has also been pushed higher by increased electricity demand due to the global heatwave, which has seen temperatures hit record levels in some parts of the world, including the UK. Oil burning has soared in Saudi Arabia and Iraq but also increased in Portugal, UK, Spain, Germany and Italy, it said.

The EU’s commitment to reduce member countries’ gas consumption by 15 per cent from August 2022 to March 2023 will continue to increase oil demand by roughly 300,000 b/d for the next six quarters, the IEA added.