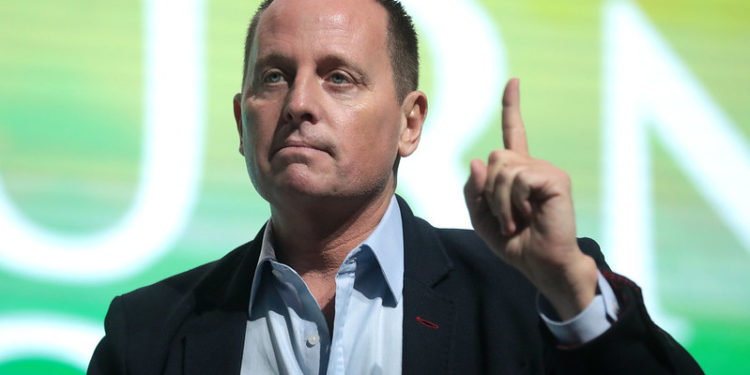 US Ambassador to Germany, Richard Grenell denies the allegations that the United States is luring CureVac to move its research to the U.S. Photo: Gage Skidmore | Flickr | CC BY 2.0

Vaccine Tug of War: Germany resists as reports say US is luring firms for vaccine exclusivity

The German government insists that no country in the world should have a monopoly on all developed vaccines against COVID-19 as it resists the efforts of the United States to convince a Berlin-based company seeking a coronavirus vaccine to move its research to the United States.

Sources revealed that the Trump administration is looking for ways on how to incentivize a pharmaceutical company, CureVac, to give the United States access to the COVID-19 vaccine that it is working to develop in the last few weeks, a report from Reuters revealed.

German newspapers have earlier reported that President Donald Trump has offered CureVac funding in order to lure the firm to transfer its research to the United States. The German government is also making a counter-offer to persuade the firm to stay in Germany, a report from Welt, a local media outlet, revealed last week.

The United States denies the reports with the U.S. ambassador to Germany, Richard Grenell, writing on Twitter: “The Welt story was wrong.”

Other U.S. officials also categorically denied these allegations as well. “This story is wildly overplayed … We will continue to talk to any company that claims to be able to help. And any solution found would be shared with the world,” a U.S. official said.

Meanwhile, German officials are supporting the claims made by local newspapers. “The German government is very interested in ensuring that vaccines and active substances against the new coronavirus are also developed in Germany and Europe,” a German Health Ministry spokeswoman said, confirming a quote from the reports.

“In this regard, the government is in intensive exchange with the company CureVac,” she added.

McDonald’s to close all company-owned dining rooms, urges all franchisees to do the same

McDonald's to close all company-owned dining rooms, urges all franchisees to do the same