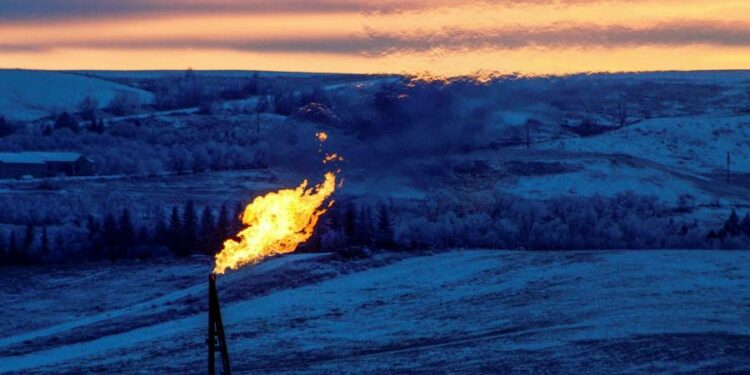 The Biden administration will on Tuesday announce plans for a sweeping crackdown on methane pollution from the US oil and gas sector as it seeks to bolster its pledges to the COP26 climate summit in Glasgow.

The proposed rules from the Environmental Protection Agency go beyond any previous regulation of methane in the US, forcing operators of new and existing infrastructure to monitor and fix leaks of the potent greenhouse gas.

Senior administration officials said that methane was a “key issue” for the US and that the plan aimed to demonstrate that the country was “showing the way” in tackling emissions.

The announcement will give President Joe Biden an environmental victory to tout in Glasgow, after his plans to enact extensive climate spending suffered a new setback due to resistance from Joe Manchin, the pivotal centrist West Virginia Democrat who has failed to embrace the package.

Methane accounts for about 10 per cent of man-made US greenhouse gas emissions, but has more than 80 times the warming potential of carbon dioxide over a 20 year period, making it crucial to efforts to tackle climate change. Roughly 30 per cent of US methane emissions come from the oil and gas sector.

During the presidency of Barack Obama, the EPA introduced rules compelling oil and gas companies to find and plug methane leaks. These were later overturned by the Trump administration, before being reinstated by Congress this year.

The rules being proposed on Tuesday go further than the Obama-era ones, however, extending them to cover not just new operations, but existing ones also. Overall, administration officials said, the regulations would reduce emissions from sources, equipment and operations covered by 75 per cent.

The EPA rules will be accompanied by moves by the Department of Transportation’s Pipeline and Hazardous Materials and Safety Administration to reduce leaks in the millions of miles of pipelines that carry oil and gas around the country and a push by the Department of the Interior to tackle venting and flaring on public lands.

Biden had hoped to pass legislation pumping more than $555bn into tackling climate change ahead of the Glasgow summit. Manchin said on Monday he had lingering “concerns” about the $1.75tn package and he could not guarantee he would vote for the bill.

Slow progress domestically has undermined the president’s credibility in the eyes of some, as he seeks to cajole other world leaders into making greater commitments to tackle emissions at the COP26 summit.

The oil and gas industry — stung by a deteriorating image of US production abroad during the Trump administration — now broadly supports greater regulation of methane pollution.

Many large producers including ExxonMobil, BP and Royal Dutch Shell have endorsed tougher restrictions as they face pressure from investors to improve environmental performance. However, some smaller producers — responsible for a significant amount of pollution — have opposed rules that they argue will raise their costs significantly.

Methane can leak from oil and gas infrastructure or is sometimes deliberately vented by operators into the atmosphere when it is produced at sites distant from markets that could consume the natural gas.

The rules come ahead of the official launch on Tuesday of a “global methane pledge”, initially announced last month, spearheaded by the US and EU that would see countries commit to cutting global methane emissions by 30 per cent from their 2020 levels by 2030.

On Sunday, a UN- and EU-backed methane observatory was launched that will measure the emissions from countries that have signed up for the pledge, but the US was not among its backers.