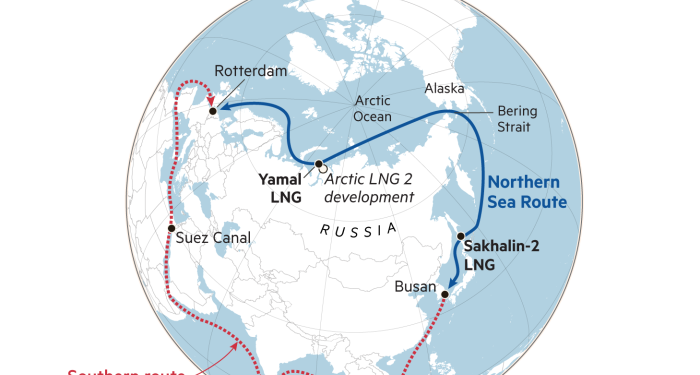 Japan will have to continue importing Russian liquefied natural gas because of soaring energy prices and limited prospects of rebooting nuclear plants, according to the head of one of Asia’s biggest shipping conglomerates.

“We cannot use many nuclear power stations therefore the supply and demand balance of the power industry is quite tight,” he told the Financial Times. “Nowadays, the spot market of both LNG and coal is quite expensive. That is one of the reasons why Japan is so reluctant to stop the LNG imports from Russia.”

Moscow on Thursday moved to take control of the Sakhalin-2 gas project, which is 22.5 per cent owned by Japanese companies, putting continuity of supply into question just as Japan’s power system comes under pressure from a scorching heatwave.

Hashimoto said MOL planned to keep servicing Japanese gas buyers such as Tokyo Gas and Jera with imports from Russia. “Since Japanese buyers require Sakhalin-2 LNG, definitely we will try our best to continue our normal services regardless of Russian national policy,” he said.

Hashimoto was “quite confident” that Russia would complete the first of three phases at the $23bn Arctic LNG 2 project by next year but said “almost everything has stopped” on expansion projects. Each phase is designed to produce 6.6mn tonnes of LNG, with the first stage alone giving a potential 20 per cent boost to Russian LNG exports.

MOL in 2020 ordered three icebreaker carriers for Arctic LNG 2, which Hashimoto said were close to completion. It has subsequently ordered four LNG tankers and a condensate carrier for the project.

The Japanese government this week told residents and businesses in the Tokyo area to conserve energy to avert blackouts.

Japan will hold elections to the upper house of parliament this month, with the power crunch stoked by Russia’s war on Ukraine likely to reignite fierce debate about the need for the country to restart its idle nuclear power plants.

Before the Fukushima nuclear disaster in 2011, Japan generated about 30 per cent of electricity from nuclear but that has slid well below 10 per cent in recent years. Japan now relies more heavily on fossil fuels for its energy needs. Russian LNG accounts for about a 10th of its gas imports.

Hashimoto said the country would import LNG, coal and oil longer than many other nations because staunch public opposition made it “very difficult for Japan to open many nuclear power generators”.

Special treatment for Tesla not in India’s ‘interest’, Ola says