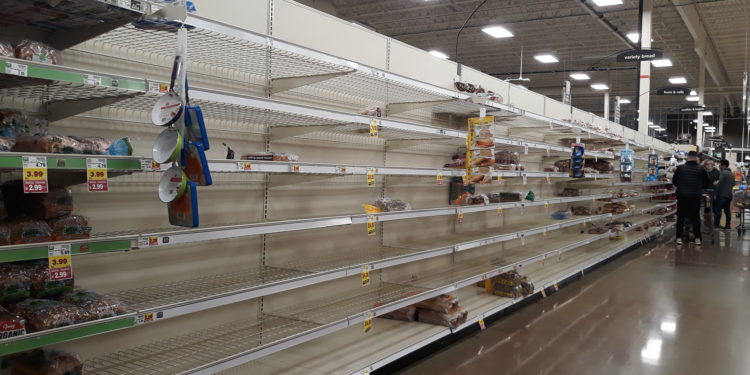 Oppenheimer analyst Ari Wald said that the impacts of coronavirus pandemic is a culmination of years of underperformance in the retail industry. Photo: Wonderlane | Flickr | CC BY 2.0

Retail stocks are amongst the most affected in the market as the continuous spread of the fatal coronavirus, also known as COVID-19, pandemic locks people inside their homes following massive social distancing measures are implemented by countries around the world.

Analysts said that the continuous drop of the industry is an extension of broad underperformance stretching back years, and warns that the situation will get even worse.

“The areas that had been showing relative weakness here are the areas that continue to sell off and now have really been damaged,” Ari Wald, head of technical analysis at Oppenheimer, told CNBC on Monday.

“Take, for instance, the S&P retail SPDR versus the market has been trending lower for a number of years and now as the market breaks down, you have this ETF completing a topping pattern dating back to the year 2013 — a seven-year topping pattern. So this is an ETF that we’d be recommending to sell on strength, rather than buying weakness.”

The XRT retail ETF has fallen 33% in March, its worst month ever, with some of its components reported even worse performances. Companies Kohl’s, Macy’s, and Guess have all dropped by more than 60%.

Wald noted that the underperformance of the retail industry becomes clearer when you start comparing it to industries like healthcare, which has since outperformed. The analyst said that XBI biotech ETF, for instance, has recovered after a downtrend to regain some of the sharper dips in the market. That ETF is up 4% in the past week, while the XRT ETF has fallen more than 5%.

“So far, this weakness is about looking for long-term opportunity, and I think that longer-term opportunity is with the areas that are showing relative strength. I think backing and filling is basically needed, and you need to see that before really starting to buy the beaten-up stuff. I think selling the beaten-up stuff is still an attractive near-term hedge,” said Wald.