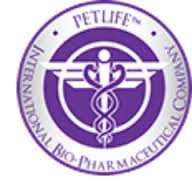 PetLife Pharmaceuticals, Inc. (OTCQB: PTLF) (the “Company”), a developer of a new generation of high potency veterinary cancer medications and nutraceuticals for pets, reports on its solution to the ever increasing problem of drug resistance and high toxicity in the treatment of cancer in pets and humans. Each year, in the U.S. alone, more than eleven million cases of cancer in dogs and cats are reported, a number that continues to increase annually.

PetLife’s new patent-pending formulation has created a ‘cancer cocktail’ combining both Blue Scorpion Venom Chlorotoxin with plant-based phytonutrients. Preliminary testing has shown inhibition against certain cancer cell line studies without toxicity. Across the world, researchers have recognized that many cells which cause disease, have the ability to become resistant to treatment when only one drug is used. Combination therapy is increasing, recommended for the treatment of both neoplastic (cancer) and infectious disease. The ‘HIV Cocktail’, which changed the world’s approach to the treatment of HIV, is a similar approach comparison. PetLife’s new ‘cancer cocktail’ may prove to be the non-toxic alternative to the harmful and sometimes deadly side effects of radiation and chemotherapy. The patent pending formulation of PetLife’s new ‘cancer cocktail’ has the curious ability to bind selectively to cancer cells and inhibit their growth demonstrating little to no side effects to the patient.

For hundreds, if not thousands of years, plant-based medicinals have formed the foundation of therapeutic treatment in the Chinese, Native American and Ayurvedic traditions. More recently, scientists have discovered the mode of action of many of these therapies. In many cases, the chemical compounds have been manipulated or synthesized to create new chemical entitles (“NCE”). Along with the creation of NCEs comes the inherent risk of unintended consequences and adverse reactions. By maintaining an all-natural formulation, PetLife intends to capture the therapeutic benefit of plant-based therapy without the creation of any unintended consequences. Our team has identified certain phytonutrients which can work synergistically with Blue Scorpion Venom for inhibition of cancer cell growth.

“Our new formulation, RX002CxN, will become the basis of PetLife Pharmaceutical’s new product portfolio, Vitalzul[TM], a novel treatment option for the treatment of cancer and potentially other indications. The low toxicity of our formulation gives additional benefit. Given the comparative biology of animals and humans, it is our hope that success in treatment of cancer in animals will lead to similar results in humans. Our new formulation has been designed with both human and animal applications in mind. Once testing is completed, the Company will strategically determine the best course of development in both the pet and human markets,” stated Dr. Vivekananda Ramana, Chief Medical Officer of the Company.

“This groundbreaking, patent pending biotechnology will serve as the core ingredient in our pharma product Vitalzul[TM] once we complete the much anticipated FDA trials. It is well known that animal research and studies are the foundation of human applications. Our first goal is to complete the successful testing, FDA application and commercialization for the benefit of animals. Then, we will move aggressively in expanding our research in the human arena, where we anticipate strong interest from industry leaders,” added Dr. Salvagno.

PetLife Pharmaceuticals, Inc. (PTLF) (https://www.PetLifePharma.com) is a registered U.S. Veterinary Pharmaceutical company. PetLife’s mission is to bring its new, non-toxic, bioactive nutraceuticals and prescription medications to the world of veterinary oncology with the ultimate goal of preventing cancer and extending the life of pets suffering from cancer while improving their quality of life. The Company’s first product, Vitalzul[TM], is currently in testing. Vitalzul[TM]‘s active ingredients have been shown to have activity against several different cancer cell lines. In the U.S. alone, consumer spending on domestic companion animals reached over $60 billion in 2015 with over $29 billion spent on veterinary care and medications. PetLife’s acquired brand, Dr. Geoff’s Real Food for Pets will launch in 2017. PetLife Scorpion Ranch™ will break ground in 2017. PetLife anticipates incorporating Vitalzul[TM] in a new and advanced therapeutic pet food line in 2019.

This press release contains certain “forward-looking statements,” as defined in the United States PSLRA of 1995, that involve a number of risks and uncertainties. There can be no assurance that such statements will prove to be accurate and the actual results and future events could differ materially from management’s current expectations. The economic, competitive, governmental, technological and other factors identified in the Company’s previous filings with the Securities and Exchange Commission may cause actual results or events to differ materially from those described in the forward-looking statements in this press release. The Company undertakes no obligation to publicly update or revise any forward-looking statements, whether as a result of new information, future events or otherwise.

Guyana GoldStrike’s Marudi Gold Project Generates over $1,000,000 US from 910 ounces of Gold

Guyana GoldStrike's Marudi Gold Project Generates over $1,000,000 US from 910 ounces of Gold