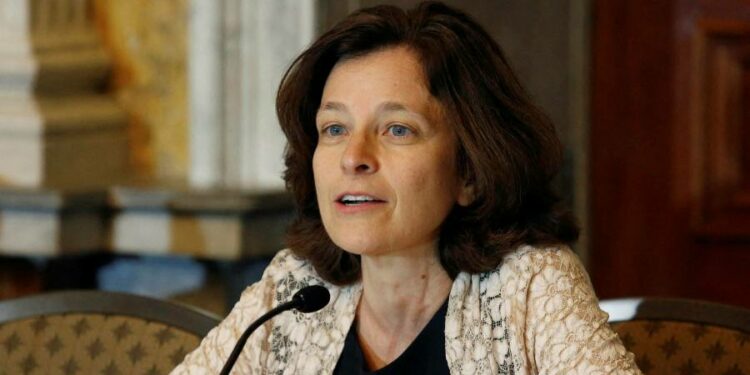 Navient, one of the largest private student loan providers in the US, has reached a $1.85bn settlement with dozens of states accusing the company of “deceptively trapping” thousands of borrowers with costly repayment plans.

The settlement hits one of the best-known student loan providers in the US, which authorities had accused of predatory behaviour as scrutiny mounts over a precariously accelerating student debt pile-up.

Under the agreement with 39 US states, $1.7bn in private student loan debt owed by nearly 66,000 customers will be cancelled, and Navient will pay $95m in restitution to students across the country.

“For too long, Navient contributed to the national student debt crisis by deceptively trapping thousands of students into more debt,” Letitia James, New York attorney-general, said in a statement. “Navient will no longer be able to line its pockets at the expense of students who are trying to earn a college degree.”

The states’ investigation found that as of 2009 Navient pushed students struggling to repay their loans into expensive, long-term forbearances rather than advising them on other repayment schemes, which added to customers’ debt piles, according to the New York attorney-general’s office.

Authorities said the company also “provided predatory, subprime, private loans” to students attending for-profit schools and lower-quality institutions, knowing many of those borrowers would be unable to repay their loans.

“The company’s decision to resolve these matters, which were based on unfounded claims, allows us to avoid the additional burden, expense, time and distraction to prevail in court,” said Mark Heleen, Navient’s chief legal officer. The loan provider has helped borrowers pick “the right payment options to fit their needs”, he said. Navient has denied any wrongdoing.