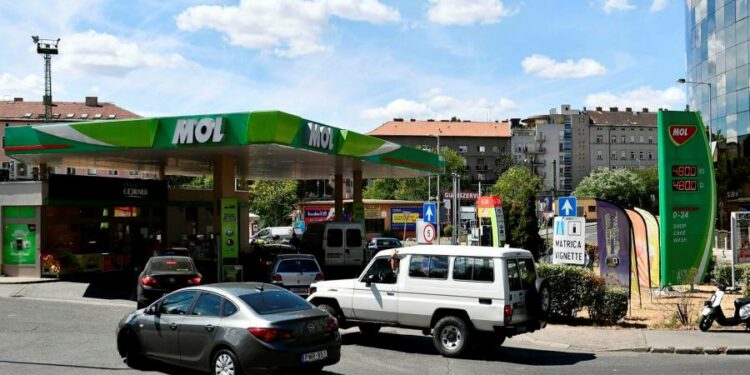 Hungarian energy company MOL has paid oil transit fees to Ukraine on behalf of a Kremlin-controlled company in order to restart flows of crude along a critical supply route from Russia to Europe.

The southern branch of the Druzhba pipeline, which transports Russian oil across Ukraine to Hungary, Slovakia and the Czech Republic, stopped pumping six days ago after Russian state-owned pipeline operator Transneft said it was unable to pay transit fees to Kyiv because of sanctions on Russia over the invasion of Ukraine.

The Hungarian payment is aimed at ending a stand-off that had threatened crude supplies to central Europe. It has highlighted the difficulties that EU countries face in seeking to punish Moscow for its assault on Ukraine while also limiting the damage to their own economies.

The European Commission, the EU’s executive arm, said it was “in close contact with the concerned member states and Ukraine on this matter”.

“In general, the sanctions adopted by the European Union foresee an exemption allowing transactions with certain state-owned enterprises if they are strictly necessary for the direct or indirect purchase, import or transport of oil,” said Arianna Podesta, a commission spokesperson, adding that Transneft was one of these enterprises.

MOL declined to respond to a question from the FT regarding how Transneft would repay the Hungarian company for making the payment on its behalf or details of any future payments. The company said flows of Russian crude to Hungary were expected to be restored on Thursday.

The Hungarian company blamed “technical issues emerging on the banking front” for the stoppage.

Transneft pays Ukraine’s state-owned UkrTransNafta to use the pipeline, but said on Tuesday that the European banks that process the payment had not received the required approvals, adding that EU regulators “have yet to form a common position” on how or whether the banks should allow the transactions.

Transneft confirmed on Wednesday that the payments from MOL to Ukraine had been processed. “We are preparing to resume pumping,” spokesperson Igor Dyomin told the Financial Times.

Slovnaft, the Slovakian company that is also supplied by the pipeline, said on Wednesday afternoon that Russian crude oil “is already arriving again in Slovakia through the Druzhba pipeline”.

Slovaft attributed the shutdown to “technical problems at the bank level” to pay the fees. It said it had been able to draw on oil reserves so that production at its Bratislava refinery continued.

Two Czech refineries owned by Orlen also maintained their operations by relying on other sources of oil, the company said on Wednesday.

What does winning the war in Ukraine look like for Moscow and Kyiv? Our Moscow correspondent Polina Ivanova and Moscow bureau chief Max Seddon discussed the future of the war in an Instagram Live. Watch it here.