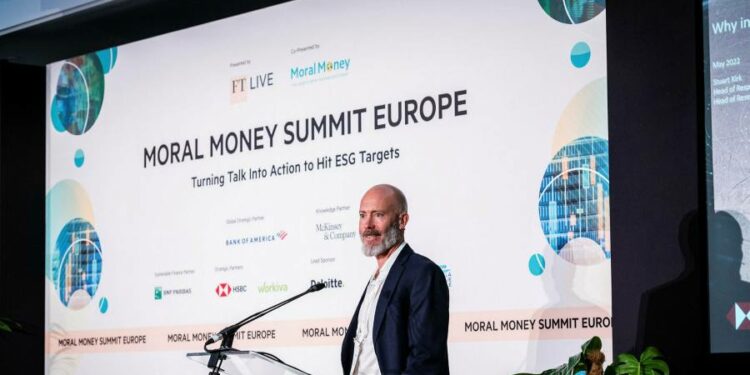 HSBC Asset Management’s head of responsible investing has resigned after a provocative speech that accused policymakers of overstating the financial risks of climate change.

Stuart Kirk told a Financial Times event in May that central bankers were bidding to “out-hyperbole the next guy” with their dire warnings about the threat to investors and banks of global warming.

The speech — entitled “Why investors need not worry about climate risk” — drew public criticism from HSBC which suspended Kirk pending an internal investigation.

On Thursday he announced on LinkedIn that he was quitting the bank, insisting there was “no place for virtue signalling in finance” and added: “If companies believe in diversity and speaking up, they need to walk the talk. A cancel culture destroys wealth and progress.”

Kirk, who had been rebuked publicly by HSBC chief executive Noel Quinn and head of wealth and personal banking Nuno Matos, said: “Ironically given my job title, I have concluded that the bank’s behaviour towards me since my speech at a Financial Times conference in May has made my position, well, unsustainable.”

Kirk’s suspension stoked an industry-wide debate over the rise of environmental, social and governance investing. HSBC’s handling of the incident drew ire from Republicans in the US, with senator Steve Daines, warning that the “episode may involve breaches of US law”.

During his speech at the FT event, Kirk said that throughout his 25-year career in the finance industry “there was always some nut job telling me about the end of the world”, likening the climate crisis to the Y2K bug that predicted a widespread computer glitch at the turn of the millennium.

Kirk said he was planning a new venture with “a crack group of like-minded individuals” that he would announce later in the year.

He added: “Can I take this opportunity to thank the tens of thousands of people — from chief executives and congressmen to scientists and mom and pop investors — who contacted me from around the world offering their support and solidarity over the past two months.”

Kirk is a former FT journalist who worked at Deutsche Bank and its DWS asset management business before joining HSBC AM in 2020.

What Do You Save With Electric Vehicles During High Gas Prices?