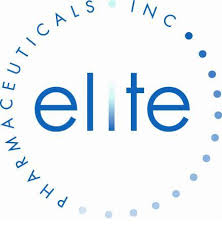 NORTHVALE, N.J., May 31, 2017, ELTP, (GLOBE NEWSWIRE) — Elite Pharmaceuticals, Inc. (“Elite” or the “Company”) (OTCBB:ELTP) announced today the issuance of European Patent No. 1615623 titled “Abuse-Resistant Oral Dosage Forms and Method of Use Thereof” issued March 22, 2017. This patent expands the intellectual property for the Company’s opioid abuse deterrent technology. Elite now has four US patents, one European patent, and two Canadian patents issued in this area with additional patents pending in the U.S., Canada and Europe.

About Elite’s Abuse Deterrent Technology
Elite’s abuse deterrent products utilize the Company’s proprietary pharmacological abuse deterrent technology. Elite’s abuse deterrent technology is a multi-particulate capsule which contains an opioid agonist in addition to naltrexone, an opioid antagonist. Naltrexone is an opioid receptor antagonist used primarily in the management of alcohol dependence and opioid dependence. When this product is taken as intended, the naltrexone is designed to pass through the body unreleased while the opioid agonist releases over time providing therapeutic pain relief for which it is prescribed. If the multi-particulate beads are crushed, the opioid antagonist, naltrexone, is designed to release. The absorption of the naltrexone is intended to block the euphoria by preferentially binding to same receptors in the brain as the opioid agonist and thereby reducing the incentive for abuse or misuse by recreational drug abusers.

About Elite Pharmaceuticals, Inc.
Elite Pharmaceuticals, Inc. is a specialty pharmaceutical company which is developing a pipeline of proprietary pharmacological abuse deterrent opioid products as well as niche generic products. Elite specializes in oral sustained and controlled release drug products which have high barriers to entry. Elite owns generic and OTC products which have been licensed to TAGI Pharma, Epic Pharma, Dr. Reddy’s Laboratories and Valeant Pharmaceuticals International. Elite currently has nine commercial products being sold, four products under review pending approval by the FDA, additional approved products pending manufacturing site transfer and the NDA for SequestOx™, for which it received the CRL from the FDA. Elite’s lead pipeline products include abuse-deterrent opioids which utilize the Company’s patented proprietary technology and a once-daily opioid. These products include sustained release oral formulations of opioids for the treatment of chronic pain. These formulations are intended to address two major limitations of existing oral opioids: the provision of consistent relief of baseline pain levels and deterrence of potential opioid abuse. Elite also provides contract manufacturing for Ascend Laboratories (a subsidiary of Alkem Laboratories Ltd.). Elite operates a GMP and DEA registered facility for research, development, and manufacturing located in Northvale, NJ. Learn more at www.elitepharma.com.

This press release contains “forward-looking statements” within the meaning of the Private Securities Litigation Reform Act of 1995. Including those related to the effects, if any, on future results, performance or other expectations that may have some correlation to the subject matter of this press release, readers are cautioned that such forward-looking statements involve risks and uncertainties including, without limitation, Elite’s ability to obtain FDA approval of the transfers of the ANDAs or the timing of such approval process, delays, uncertainties, inability to obtain necessary ingredients and other factors not under the control of Elite, which may cause actual results, performance or achievements of Elite to be materially different from the results, performance or other expectations that may be implied by these forward-looking statements. These forward-looking statements may include statements regarding the expected timing of approval, if at all, of SequestOx™ by the FDA, the steps Elite may take as a result of the CRL, and the actions the FDA require of Elite in order to obtain approval of the NDA. These forward-looking statements are not guarantees of future action or performance. These risks and other factors, including, without limitation, Elite’s ability to obtain sufficient funding under the LPC Agreement or from other sources, the timing or results of pending and future clinical trials, regulatory reviews and approvals by the Food and Drug Administration and other regulatory authorities and intellectual property protections and defenses, are discussed in Elite’s filings with the Securities and Exchange Commission, including its reports on forms 10-K, 10-Q and 8-K. Elite is under no obligation to update or alter its forward-looking statements, whether as a result of new information, future events or otherwise.

Teraphysics to Present at the 7th Annual LD Micro Invitational