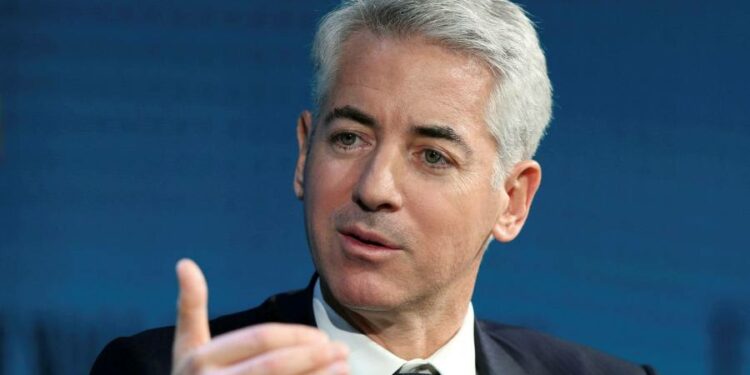 Bill Ackman is returning to investors the $4bn he raised for his record-breaking special purpose acquisition company, in a blow to the billionaire hedge fund manager.

In a letter to Pershing Square Tontine Holdings shareholders on Monday, Ackman said the quick economic recovery from the coronavirus pandemic had affected his ability to find a target.

“We launched PSTH in the depths of the pandemic because we believed that the capital markets would likely be impaired from the economic uncertainty created by the pandemic,” he wrote.

“The rapid recovery of the capital markets and our economy were good for America but unfortunate for PSTH, as it made the conventional IPO market a strong competitor and a preferred alternative for high-quality businesses seeking to go public,” he added.

Ackman listed his blank-cheque company in July 2020, just as the boom was beginning to take off. The decision to scrap it comes just weeks before a two-year deadline to find a target.

Spacs raise money on the stock market and use the proceeds to hunt for a private company to take public. Since blank-cheque companies have no operations, investors typically look to the quality of the backers to decide whether to invest — and Ackman, one of Wall Street’s best-known investors, helped add credibility to the nascent market.

Ackman tried to reinvent the Spac by creating a structure that did away with some of the perks for founders, which had come under increasing scrutiny.

However, his biggest attempt to rewrite the rules was a complex and novel transaction with Universal Music Group in which he sought to acquire a 10 per cent stake using the money raised through the Spac without taking the company public.

Ackman was forced to abandon the deal following a backlash from regulators and opted to buy the $4bn stake in Universal Music using money from his hedge fund, Pershing Square, instead.

Later, Robert Jackson, a former commissioner on the US Securities and Exchange Commission, and John Morley, a Yale Law School professor, filed a lawsuit on behalf of a PSTH shareholder alleging that Ackman’s Spac operated as “an illegal investment company”.

Ackman said the lawsuit was without merit and had hurt his chances of getting a deal done within the required timeframe.

Adding to the challenge was a difficult environment for Spacs, which have largely fallen out of favour with investors and companies due to poor performance.

Ackman said he remains optimistic, however, stating in his letter that he is still working on launching a Sparc — short for special purpose acquisition rights company, which gives investors an option but not an obligation to participate in a deal.

“With the Spac and IPO market effectively shut today, now is a highly opportunistic investment environment for a public acquisition vehicle which does not suffer from the negative reputation of Spacs,” he wrote.