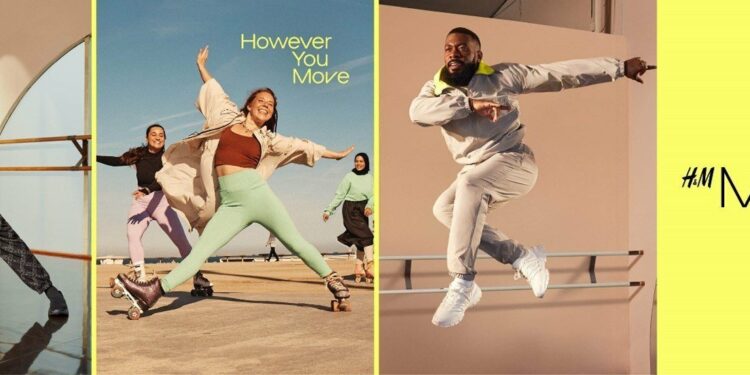 by PublicWire
in Retail
Reading Time: 10 mins read
0
This audio is auto-generated. Please let us know if you have feedback.

From Aldi trying to marry off a couple in one of its stores to Tabasco launching summer merch, here’s our closeout for the week.

Bed Bath & Beyond management has reportedly consulted with lenders about an asset-based credit loan, according to a report this week in Bloomberg. The talks with the private credit providers are early, and the company is still weighing other options, according to unnamed sources in Bloomberg’s report.

As of May 28, the company had nearly $108 million in cash and cash equivalents, down from $1.1 billion in the year-ago period.

The home goods retailer has struggled in recent months after experiencing a boost early in the pandemic. In its most recent quarter, Bed Bath & Beyond reported net sales fell 25% year over year to $1.5 billion, while comparable sales were down 23%. The retailer’s operating loss grew by more than $265 million and its net loss grew by over $300 million. At the same time Mark Tritton, who came to the retailer from Target in late 2019, stepped down as Bed Bath & Beyond’s CEO.

H&M this week announced the launch of its new brand, H&M Move, with the help of actress and fitness icon Jane Fonda and choreographer JaQuel Knight. The first drop includes a number of “Move Essentials” including tops, lightweight jackets, tights, bras and items that help people train and run. The fast fashion retailer is also dropping its “H&M Move Monogram Collection” which has a series of tracksuits with reflective details.

“I’ve spent a lot of my own life getting people to move and was naturally drawn to the mission of H&M Move to get the whole world moving,” Fonda said in a statement. “I also really liked their philosophy of ‘movewear’ over ‘sportswear.’ To me, it’s not about sports or being the most athletic. It’s about giving your body the kind of movement it needs to stay healthy so it can take care of you.”

H&M is aiming for 100% of the materials used to be either recycled or sourced in a more sustainable way by 2030.

Aldi wants to add love to your shopping cart

There are two types of people in this world: those that hate going to grocery stores and those that get married in them.

For the latter crowd, it’s all about picking the right supermarket. While it’s hard to imagine a couple choosing to get married in a local Safeway, it is perhaps not surprising that Trader Joe’s has already held a wedding ceremony in a store for an employee who found love in the frozen aisle (with a real person, not ice cream).

Aldi is hoping to join that exclusive club with an offer for two lucky shoppers to become the first couple married at the grocery store, with an Aldi employee serving as officiant as God intended. The retailer touts that its shoppers have already celebrated Aldi-themed marriage proposals, engagement photos, birthdays and baby showers, but this competition is a chance to actually tie the knot at the store.

This offer is definitely for a couple whose love language is discounts, as the ceremony will be conducted on an “Aldi Finds Wednesday” and comes with free groceries for a year. The chosen couple will get to invite up to 50 friends and family members and Aldi will also host a reception with food and beverages from its shelves.

If that’s not romantic enough already, the wedding party will get a “behind the scenes” visit to Aldi’s model store at its U.S. headquarters in the bustling metropolis of Batavia, Illinois. And of course the perfect backdrop for wedding photos: An Aldi storefront.

This one is for all the hot sauce fanatics. Tabasco has released a limited summer capsule inspired by summer grilling, according to a company press release.

The collection features a bucket hat with a mini sauce holder, a Hawaiian-style button down shirt, slides in the classic Tabasco red color and even temporary tattoos.

“Our fans are passionate, and constantly share the creative ways they’re using our products,” Kate Neuhaus, director of global marketing communications at McIlhenny Company, owner of the Tabasco brand, said in a statement. “We know everyone recognizes us for our iconic bottle shape, but we wanted to surprise and excite our fans with a drop that’s as creative and original as they are.”

As the end of the summer approaches, this collection might help you close it out with a bang — just make sure your hat hot sauce doesn’t drip into your eyes.

A week after it laid off 10% of its workforce and reported a $1.2 billion quarterly net loss, Shopify has invested $100 million in e-commerce automation company Klaviyo, according to a press release and a SEC filing from the same day.

“Klaviyo is a shining example of the outsized impact Shopify’s app and partner ecosystem can have on the next generation of commerce solutions for independent brands,” Harley Finkelstein, president of Shopify, said in a statement. “Klaviyo has become invaluable to hundreds of thousands of merchants to help them better understand their customers and engage them in highly personalized ways across so many touchpoints.”

The two companies have worked together since 2017, helping brands such as Glossier and Osea.

That’s how many people Walmart is laying off within its corporate offices, as the retail giant works to evolve and position itself for a “strong future.” Including store associates, Walmart employs about 2.3 million people globally, about 1.6 million in the U.S. The company declined to share its corporate headcount, so it’s not clear how big of a reduction this is, especially since a spokesperson said new roles are also being created. But the move nevertheless reflects a new normal for retail right now. With profits sliding – including at Walmart – as expenses rise and consumers rein in their discretionary spending, retailers are looking at their labor costs, one of the biggest balance sheet items.

“Most of this is happening in central functions and at headquarters rather than on the shop floor, although there is increasing caution about taking on new staff at all levels,” GlobalData Managing Director Neil Saunders said.

Not everyone is buying what Victoria’s Secret is selling

Victoria’s Secret has spent over a year trying to turn the page on the decades-old, out-of-touch marketing strategy that cost it market share in recent years. The brand ditched its sexy “angels” for a collective of powerful women and partnered with women-owned brands, among other moves; by Q1 it was regaining some of its strength.

Not all consumers are buying it, however, and a Hulu documentary entitled “Victoria’s Secret: Angels and Demons” serves as a painful reminder of how little regard the brand and its top executives had for women, and of L Brands founder Les Wexner’s ties to convicted sex trafficker Jeffrey Epstein.

This summer, Victoria’s Secret’s latest campaign, “We’ve changed,” has been collecting pushback from skeptical consumers who think it’s too little, too late, or even disingenuous. “They changed because they were forced to,” said one commenter on Instagram. “Not because they wanted to.”

Amazon is now offering same-day delivery services for retailers, the company announced this week. The program launched with Pacsun, GNC, SuperDry and Diesel as partners, with Sur La Table and 100% Pure joining in the coming months.

Including other brands in its same-day delivery service is a way to offer Amazon Prime customers “greater selection, at faster speeds,” Sarah Mathew, director of Amazon Delivery Experience, said in a statement. It is currently available in select zip codes in more than 10 metro areas including Atlanta, Chicago, Dallas, Las Vegas, Miami, Phoenix and Seattle, as well as Scottsdale, Arizona and Washington, D.C., and will soon expand its reach.