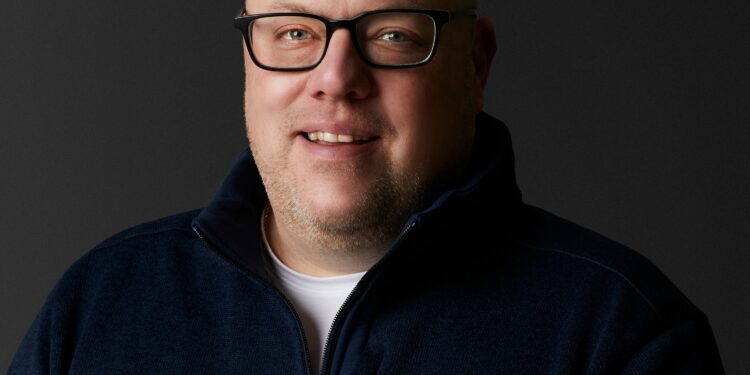 It’s been another week with far more retail news than there is time in the day. Below, we break down some things you may have missed during the week and what we’re still thinking about.

From 1-800-Flowers acquiring Alice’s Table to Campbell Soup candles, here’s our closeout for the week.

The National Labor Relations Board on Tuesday announced a second union election for Amazon workers in Bessemer, Alabama, according to a press release sent to Retail Dive.

“Amazon’s misconduct during the first union election so tainted the outcome that the NLRB overturned the results and directed a second election for workers in Bessemer, Alabama,” The Retail, Wholesale and Department Store Union said in a statement. “We are deeply concerned that the decision fails to adequately prevent Amazon from continuing its objectionable behavior in a new election.”

In April last year, Amazon workers voted not to unionize. The RWDSU said at the time that it planned to mount a legal challenge to the election and accused Amazon of “unlawfully interfering” with the union vote.

Ballots for the election will be mailed to voters on Feb. 4, and a tally of those ballots will begin on March 28.

Amazon did not immediately respond to a request for comment.

“Jim has led multiple teams at Nike and driven significant growth in support of large integrated wholesale partnerships, driven category brand marketing and retail brand marketing, as well as territory-based teams across wholesale, digital and direct,” Sheerin said in a statement about the appointment.

Nike executives have been a hot hiring choice across the entire retail industry lately, with Nike’s former vice president of Nike Direct North America joining The North Face as global brand president just this week after 16 years with the company. Another 16-year Nike vet, Emma Minto (Nike’s former vice president and general manager of Nike Women’s, North America) joined Crocs in February last year and Everlane also pulled from the athletics retailer for its first chief marketer. Nike in July 2020 said it planned to lay off at least 500 employees at its corporate headquarters, a number it increased to 700 in November that year.

DTC razor brand Harry’s has raised around $140 million in a financing event, according to a document filed this week with the Securities and Exchange Commission. TechCrunch first reported the news.

A spokesperson for the company said, “We are not announcing anything at this time,” related to the financing.

The filing comes nine months after Harry’s raised $155 million in a Series E funding round, which it intended to use to add more brands to its portfolio. The company, which runs Harry’s, Flamingo, Headquarters and Cat Person, in December acquired body odor brand Lumē.

Digital gifting specialist 1-800-Flowers said this week it has acquired Alice’s Table, which hosts digital workshops focused on entertaining, as it looks to add to its experiential offering. The company said the expansion reflects its “strategic focus on developing immersive experiences, engaging content, and interactive events, as well as embracing entrepreneurial concepts that help deepen relationships with customers and create a real sense of community.”

Alice’s Table’s experiential offerings include workshops on floral arrangements and cooking for both private and corporate clients. It launched in 2015 and focused on in-person events until 2020, when it moved to purely digital workshops and began collaborating with 1-800-Flowers and its Harry and David brand. Dinesh Popat, president of the company’s BloomNet international segment, said in a press release that its collaboration with Alice’s Table to date has reached more than 80,000 people.

There’s nothing quite like coming home to the scent of fresh food being cooked, but what if you could get that same satisfaction without actually cooking anything? Campbell’s has the answer, with the launch of two limited-edition candles that will not actually feed you but can fill your senses. If you have children, you’re probably very familiar with the smell of tomato soup and grilled cheese, but what if the greasy scent of a cheese sandwich in a hot pan could follow you around the house long after you’ve turned off the stove?

This is the brave question Campbell’s asks with its new line. And while it may seem like a niche category of candle fragrances, there is in fact an entire world of food-scented candles, including but not limited to: berry waffle cone, strawberry pound cake and French baguette (which probably pairs great with the Campbell’s Chicken Noodle Soup candle!).

While there is something to the idea of allowing your favorite food scents to waft through the house, it is at the end of the day just hot wax you’re smelling, and does not spare you the effort of making the aforementioned tomato soup and grilled cheese.

However, it may cause your child to be immortalized as the one whose house smells like soup.

Saks kicks it with a new Game Day assortment

Saks is teaming up with 28 luxury brands including Christian Louboutin, Dolce & Gabbana, Givenchy and Versace, to create Game Day Capsules, according to a company press release. The merchandise assortment features over 275 limited-edition items which focus primarily on men’s apparel. The collection features ready-to-wear, shoes and accessories. Products range in price from $57 to $2,395, and are available at select Saks Fifth Avenue stores and on the company’s website.

“We are at a moment where the intersection of fashion and sports is stronger than ever before, and we are excited to style our clients for the biggest day in sports with an unparalleled merchandise assortment they can’t find anywhere else,” Saks Chief Merchandising Officer Tracy Margolies said in a statement.

That’s how much consumers spent online globally during the holidays, with $257 billion spent in the U.S., a substantial increase from last year’s numbers, according to Salesforce’s 2021 Holiday Shopping Report. The report cites early November and late December surges for the uptick. Meanwhile, Cyber Week accounted for 23% of global sales — a slight drop from 24% in 2020.

Big Lots store count — at a little over 1,400 — has been flat for a decade. But now the discounter has ambitions to grow both its physical footprint and digital sales. A long-term strategic plan released this week calls for 500 new stores, starting with more than 50 net added stores in 2022 and more than 80 per year after that. Big Lots also wants digital to become a $1 billion sales channel for the company. All of this is in service of plans to eventually grow sales to up to $10 billion.

StockX could file for an IPO

StockX, an online resale platform for sneakers and streetwear, is reportedly eyeing an initial public offering in the first six months of the year, though the timing could change, according to a Bloomberg report citing people familiar with the matter.

StockX has tapped Morgan Stanley and Goldman Sachs Group to work on the deal, according to Bloomberg. The company said it is valued at $3.8 billion in April after closing a secondary tender offering.